Sporting Charleroi striker Saido Berahino has revealed his intention to return to West Bromwich Albion to “prove a point” after he left the Premier League club in a disappointing way.

Berahino recalled the beautiful atmosphere he enjoyed at the Hawthorns but he gave the details of his regrets, which include a botched move to Tottenham Hotspur in the summer of 2015.

The Burundi international, who has returned two goals in 13 games in the Belgian top-flight this season, said he has learnt some lessons and he is eager to reunite with the West Brom faithful.

“I’d like to return to England. I’m meant to be in my prime years now, and I have a point to prove,” Berahino told FourFourTwo.

“I’m not the person that people think I am. I know it’s not realistic at the moment because they’re in the Premier League, but I dream of going back to The Hawthorns. The way the fans took to me and chanted my name was unbelievable, and the way it ended was disappointing. I have regrets.

“I’m wiser now. I’ve learned to appreciate what I’ve been through. In my Twitter bio, there’s a quote: ‘For what shall it profit a man, if he shall gain the whole world, and lose his own soul?’ I was doing a Bible study when I found that sentence, and it hit home.”

He said he regrets dragging the former club chief on social media and he is ready to apologise to him now.

“I scored 20 goals in all competitions and was named Players’ Player of the Year that season,” he continued.

“Then in August 2015, Tottenham made a bid for me. I’d been criticised for an interview where I said I’d like to move on to bigger things in the future – but whatever profession you’re in, if somebody offers you a promotion, you’d take it.

“I wanted to improve and play with top-quality players, fighting for titles like the Champions League – and I meant that with no disrespect to West Brom. I was disappointed with the way it was documented – that I didn’t want to be part of West Brom’s team any more. The players understood my situation.

“Under Mauricio Pochettino, with the players they had, it was the beginning of the new Tottenham. Being part of that would have been fantastic – it would have taken me to another level.

“But West Brom kept rejecting their offers, then when my agent told me the move was off, I was upset. I had so much anger towards one guy, West Brom owner Jeremy Peace.

“When you’re young, you don’t understand the business and how everything works. I didn’t take it well – I took it personally, then got myself involved in all sorts of bad things, tweeting that I’d never play for Peace again. I do regret that. As soon as I sent the tweet, it was all over Sky Sports News.

“My mum came into my room saying, ‘What are you doing? Get off that now! You don’t handle yourself in that manner, this is not you’. She was cross. I’ve never publicly apologised for my behaviour towards Jeremy Peace, but I’d like to do it now. He deserves that – we’ve never spoken since that period, but until then we’d had a good relationship. He’d given me a new contract at West Brom and done great things for my family.

“He changed my life.”

Fri Feb 12 , 2021
The attacking midfielder has rarely featured at Santiago Bernabeu this season and has been linked with a move to a Liga rival Sevilla director of football Monchi says out-of-favour Real Madrid midfielder Isco wants to leave the Liga giants – but his club have no interest in signing the Spain […] 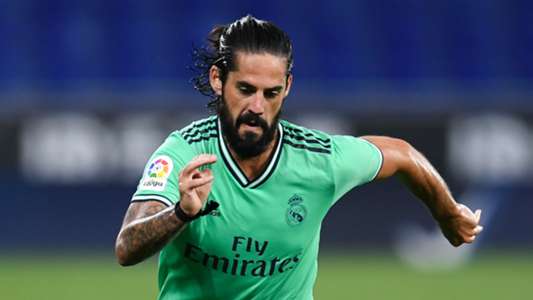