The former Italy international admits he ‘did everything and more’ to sabotage his spell at the Santiago Bernabeu, and regrets it to this day

Antonio Cassano says he gained 14 kilograms at Real Madrid by eating Nutella straight from the jar.

The former Italy international arrived at the Santiago Bernabeu with a growing reputation in January 2006 after scoring 52 goals in five seasons at Roma.

The now-retired Cassano started promisingly enough with a match-winning performance against Atletico Madrid but eventually fell out with manager Fabio Capello and left for Sampdoria having scored only twice in 19 appearances in La Liga.

Cassano admits his self-destructive habits at Madrid remain the biggest mistake of his career, but he maintains he arrived at the club determined to hit the ground running.

“When I arrived at Real Madrid, I lost 12 kilos immediately,” Cassano said in a conversation with some of his former Italy team-mates on Bobo TV, Christian Vieri’s Twitch channel.

“Then I gained them back. Nutella was one of the club sponsors and each month they would give us five kilograms of the product.

“When Capello arrived [in the summer of 2006], I scored two goals in two games and I felt like I was the king of the world.

“He replaced me in the first half against Lyon, I had an argument with him in Jerez and he withdrew me from the team. In seven months, I gained 14 kilos, I ate Nutella directly from the jar and I couldn’t care about anything. I was disgusting.

“My biggest mistake was the year-and-a-half at Real Madrid, because I did everything and more to ruin it. That’s a huge regret.”

Cassano scored 10 goals in 22 Serie A games at Sampdoria after leaving Madrid on loan, earning a permanent move in 2008.

He went on to play for AC Milan, Inter, Parma and Verona, and scored 10 goals in 39 senior caps for Italy, but he has admitted before that he wasted his prodigious potential.

“I am the greatest talent in recent years to have thrown everything away,” Cassano once said.

“The ‘wild genius who breaks the rules’ thing only goes so far, and I really did cross the line too many times.”

Last year, he told Sky Sport Italia: “The biggest regret is not making the most of the opportunity to play for the biggest club in history at the age of 23 with team-mates like Zinedine Zidane and Ronaldo.

“I threw away a huge chance at Real Madrid. I was effectively replacing Luis Figo and Michael Owen, so I was good, but I caused one disaster after another.

“I lost my mind, and when you disrespect Capello, he cuts you out. He gave me another chance even after all that. He did so much for me, but I did precious little for him in return.”

Fri Jan 29 , 2021
The matches that will be played in early February are meant to help the teams gauge themselves for the upcoming continental competition The Uganda and Tanzanian U20 national sides will engage in a mini-tournament before they head to Mauritania for the African Cup of Nations finals. As was the case […] 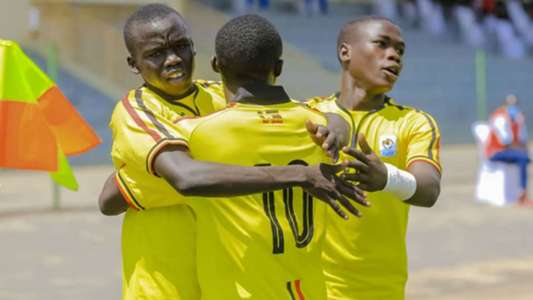