Former Paris Saint-Germain player and coach Luis Fernandez thinks Kylian Mbappe will stay at the club as no other major side can afford him.

Mbappe, who has a contract in Paris until 2022, has been linked with several other European giants. Real Madrid are long-term suitors, while Liverpool have also been linked, with manager Jurgen Klopp said to be a huge admirer of the 2018 World Cup winner.

If PSG were to sell this summer, Mbappe would come at a high cost with another 12 months still on his deal, while he would also command big wages that few clubs could afford amid the financial constraints imposed by the coronavirus pandemic.

Fernandez thinks this is a major reason why Mbappe will ultimately stay at PSG, while also urging the France international to remain in Paris and learn from the experienced squad around him as he continues to develop into one of the world’s best players.

He told Onda Cero of Mbappe: “If the player leaves, who will it be to play for and under what economic conditions? Because what he has here, he will not necessarily have when leaving PSG.

“When you look at the other teams, and when you see players like Icardi, Neymar, Di Maria, Sarabia, Verratti, Paredes, there are people that can help him stay. I don’t see him leaving, he will wait for the situation to improve elsewhere.”

Mbappe has recently said he has not yet come to a decision on his future, but he is happy at PSG.

“I’ve had this question before,” Mbappe told Telefoot after scoring twice in a 4-0 win over Montpellier last Friday night. “We are discussing with the club to find a project. I am thinking about it, because if I sign, it will be in order to invest myself in the long term.

“I am very happy here. The supporters and the club have always helped me. I’m going to think about what I want to do in the next few years, where I want to be. I am reflecting on it, not trying to buy time or anything like that. If I sign, I will stay, so I have to think about it.”

Fri Jan 29 , 2021
The Nigeria stars will not feature when the Hornets square off against Mark Warburton’s men at Vicarage Road Watford have revealed Isaac Success and Tom Dele-Bashiru will not be involved in their Championship game against Queens Park Rangers on Monday. Nigeria international Success suffered a hamstring injury in June during […] 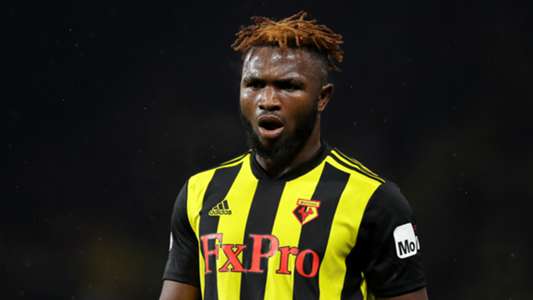