Jurgen Klopp has dismissed rumours he is ready to quit Liverpool, insisting he doesn’t need a break despite the Reds’ recent slump.

Suggestions had spread like wildfire on Merseyside over the weekend that Klopp was set to resign as manager. The rumours had led to one group of fans hanging a banner outside Anfield in support of the German, while others took to social media to get behind the 53-year-old.

Speaking on Monday at a press conference to preview Liverpool’s Champions League last-16 first leg against RB Leipzig, Klopp was able to squash the stories completely.

Editors’ Picks
What did Klopp have to say?

He told reporters: “I heard about both [the rumours and the banner]. The banner is nice, obviously. It’s not necessary. I don’t feel I need special support in the moment, but it’s nice, very nice.

“What was the other thing? What was the word? That I could leave? Did I get the sack or could I leave myself? Neither nor. I don’t need a break.”

Why have there been rumours surrounding Klopp’s future?

Speculation intensifed following Saturday’s 3-1 defeat to Leicester, a result which leaves the reigning champions on a run of just two wins from nine Premier League matches.

Klopp however clarified that despite recent results and the sad loss of his mother Elisabeth recently, he is still fully committed to the challenge of getting Liverpool back on track.

He said: “The last thing I want to do is talk about private things in a press conference, but everybody knows we had a tough time. We always dealt with it as a family, 100 per cent.

“I have worked as a coach for 20 years and I can split things. I can switch off. I don’t carry things with me. If I am in the workplace, then I am here.

“Of course we are influenced by things around us, but nobody has to worry about me. Honestly. I might not look like it, because the weather is not cool and I am white and the beard gets more and more grey, I don’t sleep a lot so my eyes look like this, but I am full of energy! Honestly.

“The situation is a challenge. I don’t want to be in it, but I see it as a challenge, an interesting challenge. Nobody wrote a book about how to sort it, but we will sort it.

“It could be tricky, but we will sort it by playing football, by sticking together even more, by fighting with all we have, learning more than you can learn in each season before. That’s the plan we have.

“At the moment, a lot of people are not happy with the results. I get that, but I am responsible for that.

“It’s a massive challenge. I’m ready, the boys are ready, and we will give our absolute everything to sort it.

“Thank you for all the support. I’m very, very grateful for these kind of things, but they really can think about other things because nobody needs to worry about me.”

What else did Klopp have to say?

When asked by Goal about the importance of feeling that support from fans, at a time when stadiums are empty, Klopp added: “Of course it’s nice. I feel the responsibility so much when things don’t go well. I don’t want any praise for that. It’s all fine. We do it for the people.

“The majority of our people are still with us. Maybe even more so. It’s nice to feel that, but I would prefer to fight this fight with our people in the stadium. That’s when you can show real unity.

“If the stadium was now full for the next 10 games, I would really love to fight together against it. Now, we fight in different places, but knowing about the support is great.”

How Liverpool’s ‘champions of everything’ unravelled

Mon Feb 15 , 2021
The Red Devils’ vastly-experienced goalkeeper has enjoyed working with the star player after always being a fan of his talents Edinson Cavani has made a positive impression on many of his team-mates at Manchester United, with back-up goalkeeper Lee Grant admitting the Uruguayan has always been his “No 1 target […] 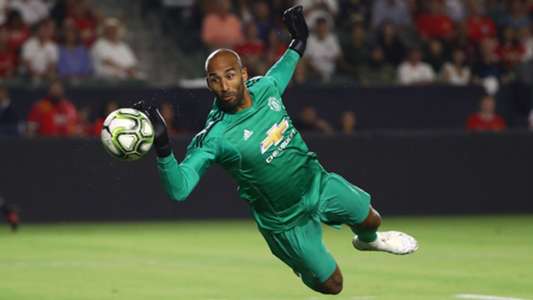