Real Sociedad star Adnan Januzaj has insisted that he’s looking forward to his upcoming reunion with Manchester United, claiming “I don’t have to prove to anyone how good I am”.

Sociedad and United are set to meet in the Europa League knockout stages on Thursday night, with Januzaj due to come up against the club where he began his professional career.

The Belgian winger called time on his six-year spell at Old Trafford in 2017 amid a lack of regular minutes but insists he won’t be out to get one over on the Red Devils when they meet at Juventus Stadium in Turin.

Januzaj told ESPN ahead of the round of 32 first-leg tie: “I don’t have to prove to anyone how good I am, I just have to believe in myself, get my games and be happy.

“I’m really happy to go back there, the club I love. Once I’m on the pitch, there’s going to be no friends because obviously, I’m playing for another club now and also I want to win the game.

“I want to go through with my team. I’m really happy to go back there to see the people but once I’m on the pitch there will be no friends.”

How did Januzaj get on at Man Utd?

After two years in the academy set-up, Januzai graduated to the senior squad at Man Utd in 2013, and went on to feature in 63 games across all competitions for United, scoring five goals.

Sir Alex Ferguson gave the Belgian his start in Manchester before David Moyes handed him a starring role in the starting XI, but his fortunes dipped after the Scottish boss was sacked in April 2014.

Januzaj found himself on the fringes of the action under both Louis van Gaal and Jose Mourinho, and eventually took the decision to join Sociedad in order to reignite his career.

“I had Fergie and David Moyes, coaches that were believing in me, but then some others came in and they wanted a bit more experience in the team,” the 26-year-old said of his time with the Red Devils.

“I was a young boy and when you’re a young boy you have to shut up and do what people tell you to do.

“I didn’t have the right coach to push me. For example when Van Gaal came I was playing one game out of six so it was difficult and I was like ‘what am I doing here?’

“The first season under Moyes I was getting game time to show myself. At Manchester United, the most disappointing thing was that I wasn’t getting games.”

Sociedad has proven to be the ideal place for Januzai’s talent to develop, with the Belgian having firmly established himself as a key member of the squad over the past four years.

The ex-United star has contributed 16 goals and 16 assists to the club’s cause from 109 appearances, helping them emerge as genuine contenders for a top-four finish in La Liga.

Mon Feb 15 , 2021
Wekundu wa Msimbazi defeated their DR Congo hosts on Friday by a solitary goal to go top of Group A Simba SC midfielder Francis Kahata is delighted with the 1-0 win the team got away to AS Vita in Group A of the Caf Champions League on Friday night. After […] 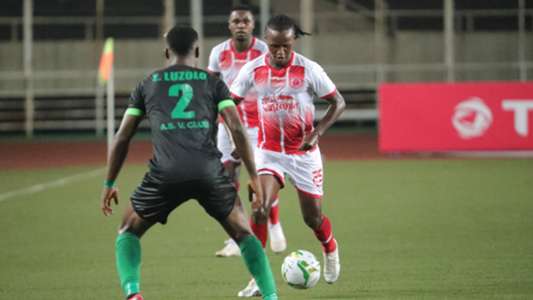