The Kenyan striker joined the Zambian Super League side on a three-year deal and spoke of how glad he was to have served one of the biggest clubs in the country.

Otieno joined the Ruaraka club from KPL giants Gor Mahia and was unable to win a trophy with the Brewers before he left for Napsa Stars.

“Goodbyes are never easy to pen but nevertheless one has to,” Otieno, who scored 14 goals in the 2019/20 KPL season, tweeted.

Goodbyes are never easy to pen but never the less one has to..

I joined this great club back in 2018 and three years on it has been of steady rise in my performance pic.twitter.com/Z409L1uT9u

“It’s truly been a blissful three-year stay with one of the biggest clubs in Kenya Tusker FC. I joined this great club back in 2018 and three years on it has been of a steady rise in my performance

“I wasn’t able to achieve all by myself but with the help of the management, technical bench and playing unit and as such I say a big thank you to you all for being part of my growth.

“As I take up a new challenge at Napsa Stars, I want to wish everyone at Tusker FC the very best in the new season and years to come.”

Otieno had established himself as one of the premier KPL strikers and his move to Zambia is expected to increase his chances of getting a national call up, something he has struggled to achieve regularly.

Otieno joined former Gor Mahia goalkeeper Shaban Odhoji at Napsa Stars and the duo will be among the participants in continental football for the 2020/21 edition.

His Super League arrival increased the number of Kenyans playing in the Cosafa country as John Makwatta, David Owino, Ian Otieno and Jesse Were are at Zesco United.

Duncan Otieno, Harun Shakava and Musa Mohamed are at Nkana FC where they lifted the league title and will now play in the Caf Champions League.

Former AFC Leopards midfielder Andrew Tololwa is at Red Arrows where goalkeeper Otieno was before he made the Zesco United switch.

Meanwhile, Jacob Ngulube has been signed by Napsa Stars from Super League side Kansanshi Dynamos.

Zambian clubs are deep in the transfer window bolstering their sides ahead of the new season.

Fri Sep 11 , 2020
The US Open women’s singles final will be between Victoria Azarenka and Naomi Osaka. from Daily Express :: Tennis Feed https://ift.tt/3kbqFXZ Source of the article 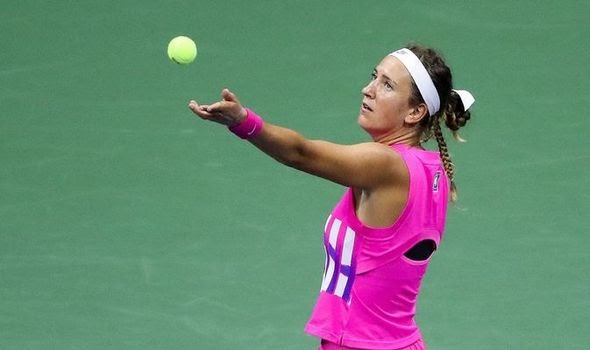