Coach Bobby Williamson has claimed he did not get the chance to finish his job with the Uganda national team.

Williamson – who also revealed he would take a second chance with the side if it comes – has now claimed he developed a good team which he did not get the chance to finish moulding.

“I don’t like talking publicly about a position that is already occupied. If the position was available, I would love to come back,” Williamson told Football256. “To be honest, I think I had developed some good young players but never got the chance to finish the job.

“The fans were so fantastic, so passionate, so encouraging towards the players. I had never experienced an atmosphere like the one at Namboole, there is nowhere close to it.”

The tactician left his job in 2013 after Uganda were defeated by Liberia in a 2014 World Cup qualifier. When the position became vacant following the departure of Milutin ‘Micho’ Sredojevic, Williamson applied for it again but he had to withdraw the application as he fell ill.

“I applied way back, unfortunately, I developed cancer and had to withdraw my application,” the former Kilmarnock striker said.

“I spoke to Lawrence Mulindwa [then Fufa president] after I had left. To be honest, he handled my situation very professionally and we agreed on a settlement which was not even in my contract.

“I didn’t want the full amount as I had earned just enough to see me into my next job which it did. Unlike other managers, I’m sure you are aware I never bad mouthed Fufa when I left and I can only respect the people I worked with.”

Williamson explained how he nurtured young players like Godfrey Walusimbi and Emmanuel Okwi who are still featuring for the Cranes.

“When I first took over, we had a good experience in the squad but a few players were near to retirement and we had to bring in young players who actually went on to have long national careers like Walusimbi and Okwi.” he concluded.

“If I got the opportunity, I would want to bring through local young prospects and help develop them but still my project would not ignore the players who have developed and grown outside Uganda.

“But I must point out that this is all hypothetical at the moment as the job is not available.”

Thu Feb 11 , 2021
The Green Army will be up against the Lusaka club in the first leg of the pre-group stage encounter on Sunday Football Kenya Federation Premier League champions Gor Mahia found themselves in the Caf Confederation Cup after a poor show in the Champions League yet again. This time around, Gor […] 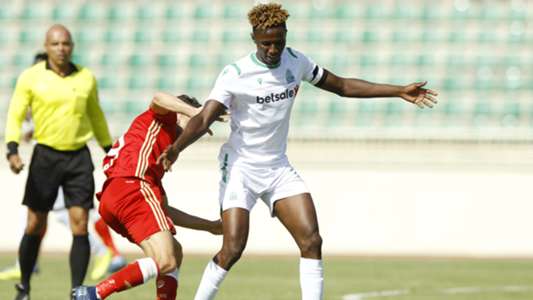