Simba SC coach Didier Gomes Da Rosa has insisted his players will have to adapt to his philosophy in order to stand a chance of helping the team meet its targets.

The 51-year-old believes if his charges understand his philosophy well, they will perform well in the Caf Champions League.

“My philosophy is the passing game and it will not be a problem because Simba are good at that,” Da Rosa told Goal.

“Then we must also press because if you want to contest or win, you have to put your opponents under high pressure.

“It is important especially now that we are ready to start the group stage of the Caf Champions League. I believe we have the players who can help us do that. I am very demanding in this because we must be very solid if we want to go far [in the Champions League].”

Wekundu wa Msimbazi have won the Tanzania Mainland League for the last three seasons. The Frenchman has explained why it is important to win it again in the current campaign.

“We want to push to win the league because it is the most important competition,” Da Rosa continued.

“It will help us play in the Champions League, so it is good to prepare for that.”

The tactician arrives as Simba are making preparations to feature in their own organised tournament, the Super Cup 2021, where Al-Hilal and Tout Puissant Mazembe will feature from January 27.

The Super Cup will be used by the Tanzanian heavyweights as proper preparations for their Champions League Group A duties against AS Vita, Al Ahly and El-Merreikh.

In the league, Simba are facing what promises to be a tight race against archrivals Yanga SC. Timu ya Wananchi are at the top of the table and are unbeaten with the league still in its mid-season break.

Simba have lost two matches but have three in hand and would want to beat their Kariakoo rivals in order to maintain the dominance they have built in the recent past.

Sun Jan 24 , 2021
Hyderabad and Jamshedpur played out a goalless draw on Sunday… Hyderabad boss Manuel Marquez was satisfied with his team’s display in the goalless draw in against Jamshedpur on Sunday. The Nizams created chances in the first half but struggled to score past a strong Jamshedpur defence. The game turned more even after […] 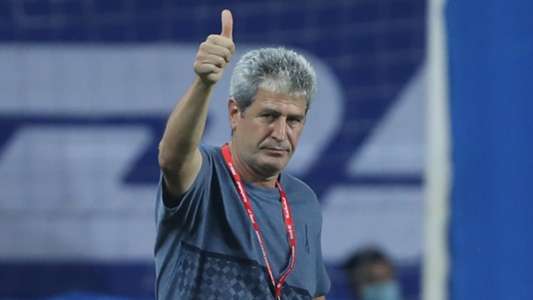