Former Uganda international Mike Mutyaba has claimed he is in pain following the alleged rough handling he received while he led a demonstration at the Fufa office, where he demanded payment of unsettled dues.

The 30-year-old protested in Mengo against what he said are unsettled allowances owed by the federation to the players. His actions saw him arrested thereafter and has now said he is in pain after he was allegedly assaulted by security guards.

“Truth is that I am in pain, my body still hurts,” Mutyaba told Sports Nation. “I was beaten by Fufa security guards, my right arm has swollen and my back is paining as well.”

“They beat me after receiving a call from their bosses, meaning that they were just influenced. I won’t say that the call was from Moses Magogo [Fufa president] but we all saw that phone call implying there was an order to beat me.”

Mutyaba narrated how the players are the key stakeholders but claimed his fellow stars are not courageous enough to pressurise the federation in demanding their money.

“In football, players are the number one stakeholder. We need everyone but mainly the players. Stakeholder number one should be given priority. There is a lot of pain these players are going through,” Mutyaba added.

“But these players fear to speak out for various reasons, including that they might not be summoned to the national team again.”

Nevertheless, he was quick to point out that his actions should not be understood as a fight against the current Fufa administration under Magogo.

“We don’t need jobs at Fufa, we need transparency in the way money is being paid to the players.

“This isn’t a war because we aren’t fighting anyone but transparency is all and we won’t stop until players receive their money. This may also be the reason why our performance has declined in the past.”

Despite the reported rough handling at Mengo, Mutyaba has vowed to continue in his pursuit to champion the rights of the players.

“We are not laying down tools until the players are paid. I have not done anything wrong, I am a former player who knows what they go through. Many are there hurt and have been threatened.  They fear for their careers but for me, I have nothing to lose,” he said.

“I haven’t charged them in courts of law because I’m one person who wants a dialogue because we all make mistakes. If they accept their mistakes I’m fine with them but if they fail I will take the next step.

Mutyaba’s demonstration came after Magogo had claimed the players who featured in Chan should stop their demands because they played poorly at the Africa Nations Championship.

Mon Apr 12 , 2021
Brendan Rodgers’ men were overpowered by the Hammers, which did big harm to their Champions League qualification bid Kelechi Iheanacho has expressed his disappointment after Leicester City were subdued by West Ham United in Sunday’s Premier League match. Having suffered a 2-0 home defeat to Pep Guardiola’s Manchester City in […] 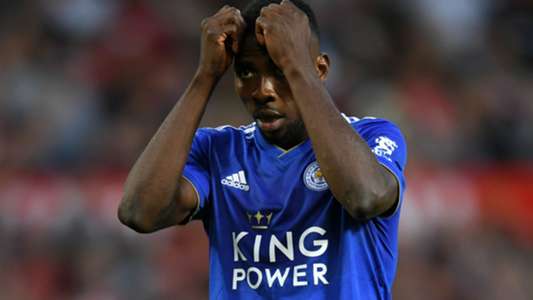