Thomas Tuchel says he joined Chelsea to win trophies and is confident the club has the ‘culture’ required to fulfil his ambition.

The Blues have not lifted a trophy since their 2019 Europa League success under Maurizio Sarri, but are still in contention for the Champions League and FA Cup this season.

They will look to seal a place in the last four of the Champions League on Tuesday when they face Porto in the second leg of their quarter-final tie. The London club are then set to battle Manchester City for a place in the FA Cup final on Saturday.

Asked at a press conference if the Champions League is his side’s clearest path to a trophy this season, Tuchel replied: “Maybe when you are in the final.

“We are in the second leg of the quarter-final of the Champions League, you will not find any team who does not have the goal to reach the semi-final.

“There is nothing to hide. This is a club that has culture, a structure, to win titles and win games consecutively. Chelsea is the club that has the culture and the history and mentality to do so.

“I am here to win titles, I am here to win games and as a result, win titles. This is what I demand of myself so why should we now say anything different? If you want to win in five years or three years, I don’t know what that is.

“We are here to perform in the second leg of the quarter-final, this is what we do and then hopefully after tomorrow we can talk about a semi-final.”

Tuchel’s team have a 2-0 advantage from the first leg of their tie with Porto, making them heavy favourites to reach the next round.

The winner of the tie will go on to face either Real Madrid or Liverpool in the final four.

A win against City in the FA Cup at the weekend would send them into the FA Cup final, where they would face either Leicester or Southampton.

Mon Apr 12 , 2021
The French tactician reveals they have shifted their focus to the league and their main target is to retain the title Simba SC coach Didier Gomes Da Rosa has made it clear his main goal in the Mainland Premier League is to win all the remaining matches so as to […] 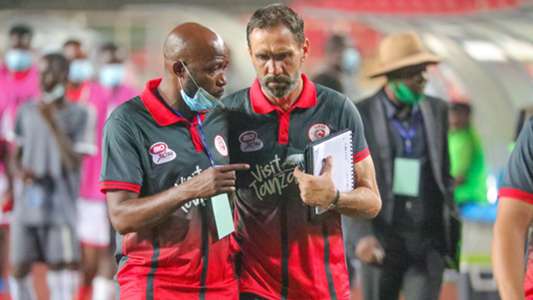