Hyderabad are currently fourth on the table with 19 points from 14 games ahead of their 2020-21 Indian Super League (ISL) tie against Chennaiyin on Sunday.

Should NorthEast United (18 points from 13 games) pick a win over Mumbai City on Saturday, the Highlanders will go fourth which will see Hyderabad FC move out of the top four. But Hyderbad FC coach Manuel Marquez is only concerned with his side’s results and isn’t fretting too much on their position on the table.

“You know how football is. In the first leg, after five games we were unbeaten, all people were saying ‘Hyderabad, Hyderabad’. Then we had three consecutive defeats and the team was middle of the table but after two consecutive wins against Chennaiyin (4-1) and NorthEast (4-2), we got third.

Hyderabad have had four draws on the trot, two of them goalless affairs and the last being a 2-2 result against Bengaluru FC on Thursday.

“The team needs to score (from) the chances but the most important thing is to have these clear chances. I think that it’s true that the team plays attractive football but the most important thing is the final score. People may say that the draw is nothing but now we have four points more than four games ago. Now against Chennaiyin, it’s a perfect opportunity for them to have the same points as our team and for our team to put distance between both teams,” said Marquez.

Hyderabad will play their third game in eight days and the Spaniard hinted that a few of his players who have played fewer minutes this season could get a look in. He also expects Chennaiyin FC to come hard at them in reply to the 4-1 humiliation inflicted on them by Hyderabad.

“We are confident [of making the play-offs] because it’s impossible to ask for more from the (Hyderabad) players. They train like animals. Yesterday was a session for those playing less minutes and they trained incredibly.

“We were closer to winning the last four games. It would have been easier (to win) if we scored from our chances. For example, against Chennaiyin in the first leg, in the first half it was 0-0 but we had very clear chances. In the second half, we scored from a rebound. So you never know what can happen in a game.

“Maybe they will try to take revenge. We remember the first game but it’s not the same. All the games are very different. The only thing is they had six days to rest and we had less than three but this is the schedule and we have to play. It won’t be an excuse if we lose this game,” pointed Marquez.

Sat Jan 30 , 2021
The Msimbazi giants have urged their rivals to end the push to have the Ghanaian player punished after his transfer Simba SC have once again called on their Mainland Premier League rivals Yanga SC to accept the fact midfielder Bernard Morrison left the club and belongs to them. The Jangwani […] 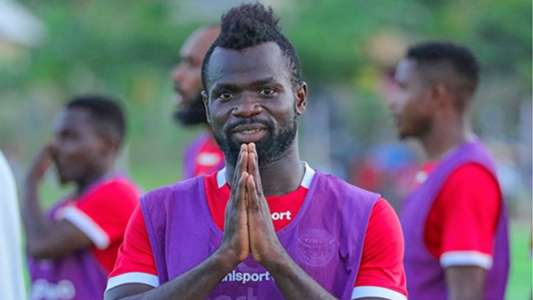