Kaizer Chiefs coach Gavin Hunt has explained why Samir Nurkovic’s mentality makes him such an important player for the Soweto giants.

Nurkovic missed the first three months of the 2020/21 season through injury and at one point it also looked like he could be departing for Egyptian giants Al Ahly.

But since his return to action at the start of the year, the Serbian has made a very positive impact on Chiefs’ fortunes.

He began his comeback with a substitute appearance in a 2-0 defeat to Maritzburg United. But since then, he’s started in every game and has scored once and created two assists in a period in which the Glamour Boys have risen from just above the relegation zone and up to seventh spot after claiming 10 out of 12 points.

In their most recent game, a 0-0 draw against Stellenbosch FC at the Danie Craven Stadium on Saturday, Nurkovic captained the team in the absence of the injured Ramahlwe Mphahlele.

Hunt paid a glowing tribute to the striker’s attributes when explaining why he was given the armband.

“He [Nurkovic] leads by example. He’s what we need in the future of this football club,” the four-time PSL title winning coach was quoted saying by the Sowetan.

“We need people who have game toughness, who are mentally tough and I think he’s one of them. So it was a perfect decision [to make him captain].

“It’s something that will be going on. But Rama had been the captain for the past couple of games. When he comes back he will be the captain.”

Mphahlele has been skippering the side in the absence of club captain Itumeleng Khune, whose poor form has seen him replaced in goal by Daniel Akpeyi.

Judging by Hunt’s comments after the Stellenbosch draw, it could be a while before we see the former Bafana Bafana number one back in the Amakhosi goal.

“I thought Daniel was excellent, fantastic, he swept up well,” Hunt said. “There is a lot of competition here and people need to work hard to get back in the team.”

Mphahlele failed with a late fitness test to be available for the Stellenbosch game, having picked up a slight hamstring injury in the previous match against TTM.

Chiefs have two league matches this week – against TS Galaxy on Tuesday and against Orlando Pirates on Saturday.

Mon Jan 25 , 2021
The icon leaves Stamford Bridge having led the team in 83 matches from the managerial dugout with the club to appoint the German boss Frank Lampard is set to be sacked from his role as Chelsea manager and replaced by former PSG boss Thomas Tuchel. Lampard has guided the club […] 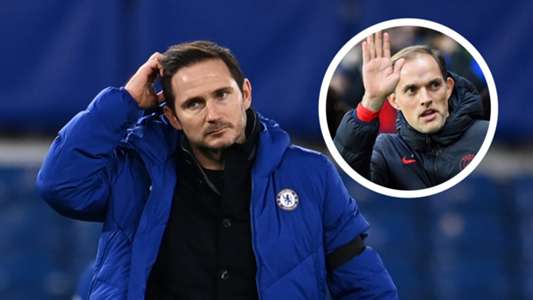