Mauricio Pochettino has said it is a joy to coach Neymar, as the Brazilian is humble, listens and always accepts instructions.

Pochettino took the reins at Paris Saint-Germain earlier in the year and while they face a fight to retain the Ligue 1 title, they are two games away from a second successive Champions League final appearance.

Manchester City stand in PSG’s way over two legs, and Neymar is likely to play a key part in the outcome of the tie.

Neymar is one of the superstars at Pochettino’s disposal in Paris. The Brazilian is a huge talent and a talisman for his team and country, but Pochettino claims he is easy to manage.

“It’s so easy with Neymar because you don’t need to do too much,” Pochettino told the Guardian. “From day one, he’s been very open to work. He’s very humble, he listens and always accepts all the instructions in a very good way.

“Brazilian players have something special inside. They love to play football because it’s like a dance. They play like they are dancing. Ronaldinho was my team-mate when I was a PSG player and now Neymar. They need to feel good, to feel happy to perform in the best way.”

Champions League the target for PSG

PSG’s owners took charge of the club in 2011, with the aim being to conquer European football.

They have dominated on the domestic front, but have fallen short in Europe. Bayern Munich denied them in the Champions League final in 2020, but Pochettino is confident they have the tools to go one better.

“The target in the last 10 years has been to win the Champions League and the club is working really hard to try to be there and win,” he said. “It is that last step, which is always the most difficult.

“If you remember at Tottenham, it was always about the last step being the most difficult thing. But Paris Saint-Germain is there and now it is about winning. I love to feel this. I love to feel that you need to win every single game.”

Mon Apr 26 , 2021
The Nigeria international is nearing the Spurs ace after increasing his tally in 2021 following his effort against Roy Hodgson’s Eagles Leicester City’s Kelechi Iheanacho is closing in on an English football mark led by Tottenham Hotspur ace Harry Kane after netting against Crystal Palace on Monday night. The English […] 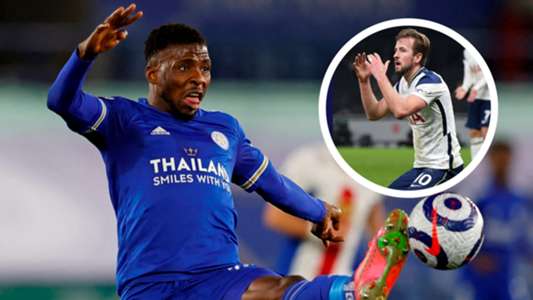