AC Milan have been dealt a huge blow as Zlatan Ibrahimovic has been ruled out their crunch clash with Juventus.

Ibrahimovic has played a key role in Milan’s rise to the top of the Serie A standings this season.

The 39-year-old has rewarded Rossoneri officials for handing him a new one-year contract in September by scoring 10 goals in six domestic outings – the same number he managed in 12 more games during the second half of the 2019-20 campaign.

However, the former Sweden international has been sidelined with a muscle strain since netting twice in a 3-2 win over Napoli in November, missing 10 fixtures across all competitions in total.

Supporters would have hoped to see Ibrahimovic recover in time for a top-of-the-table meeting with Juve at San Siro on Wednesday night, but Stefano Pioli has confirmed that the talismanic figure remains unavailable for selection.

The Milan boss gave an update on the forward after joking that he was in trouble for posting a video of himself scoring in training on social media, which raised optimism over his potential return to the fold.

“I scolded Ibra for that video because then you bombarded me with messages to find out if he had recovered,” Pioli told a pre-match press conference.

“He’s better, he’s working well, but he won’t be there tomorrow.”

The Italian head coach added on Portuguese striker Rafael Leao continuing to fill in for Ibrahimovic up front: “Leao is growing a lot but his characteristics are not the same and we have to exploit them in the right way.”

Milan warmed up for their showdown against the reigning Serie A champions by beating Benevento 2-0 at Stadio Ciro Vigorito on Sunday.

That result ensured that Pioli’s side remain top of the standings by a point ahead of arch-rivals Inter, who picked up an emphatic 6-2 home win over Crotone.

The Rossoneri will be protecting their record as the only unbeaten team left in any of Europe’s top five leagues when they take on Juve, who are currently 10 points off the pace in fifth having played a game less.

Tue Jan 5 , 2021
The former Super Eagles forward has been sent heartfelt message by the football governing body as he reaches a new age Nigeria Football Federation (NFF) have celebrated with former Villarreal and Getafe forward on his 37th birthday. The forward represented the Super Eagles with honour during his playing years and […] 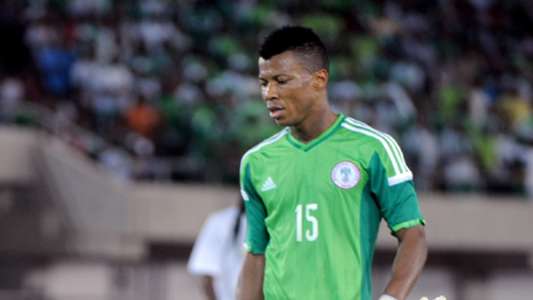