Messi has led by example and tries his luck on two occasions, but Koeman will still be pleased with the first 45 minutes. Barcelona have looked confident and worked well as a team; now they just need to kill the game off in the second half.

De Jong’s goal is the difference between the two sides as the referee blows for half-time. It has been far too easy for Koeman’s side, with Huesca failing to challenge Ter Stegen in the Barca goal. Pedri missed two glorious chances before De Jong tapped home Messi’s cross.

43′ Over! Messi’s latest effort curls over the crossbar and that his now his fifth shot towards goal. He would have already had his first goal if it was not for Fernandez a few moments ago.

41′ SAVE!!!! Fernandez comes to Huesca’s rescue with a stunning save from a Messi free-kick. The Barca star lofted his shot over the wall, and he nearly turned away to celebrate before Fernandez tipped his strike over the bar.

39′ Barcelona clear their lines immediately and win a free-kick after a sloppy challenge on the edge of the box by Mir.

38′ Huesca win their first corner of the evening, and they are sending Siovas and Insua forward from the back.

35′ Huesca have managed to ride the storm for now, and they are trying to play out from the back. However, Mir has struggled to hold onto possession, and once he loses it, De Jong and Pedri are marching through midfield.

32′ The Argentina international goes for goal again, but this time he gets much closer. Huesca’s defence failed to close him down in time, but his shot whistled past the far post.

31′ Messi tries his luck from the edge of the area, but he can only fire his effort into the stands. In his defence, he appeared to slip as he let fly.

29′ Messi is warming up nicely now. He appears to be popping up everywhere for Barcelona, but he has yet to test Fernandez in the Huesca goal.

27′ Messi appears to have moved flanks for the time being, and he was given too much space on the left. His cross was superb, and that allowed De Jong to pick his spot.

27′ GOAAALLLLLL – HUESCA 0-1 BARCELONA – De Jong shows composure and a calm head to fire the visitors into the lead, and it has been coming. Messi spotted his run into the box, and his cross was inch-perfect, allowing De Jong to climb and cushion the ball into the bottom corner.

25′ Jordi Alba is the latest Barcelona player to try his luck from inside the box, but he fails to direct his shot through a crowd of bodies. The left-back can only hit the side-netting, but Koeman will be pleased with the support play on show.

21′ OVER! Pedri wastes his second opportunity of the night, and both have come from point-blank range. He latched onto a Dembele’s cross but has got underneath the ball and headed over the bar. That was a superb chance, but it remains 0-0.

18′ BLOCK! Pulido comes to the rescue for Huesca as he blocks Dembele’s shot with his head. Dembele’s powerful drive looked like it was destined for the top corner, but Huesca concede a corner for now.

16′ Speaking of Ter Stegen, he may not have a save to make this evening. Not on this evidence anyway.

14′ In fairness to Huesca, they have done well to try and launch several counter-attacks, but they have failed to test Ter Stegen in the Barca goal.

12′ Huesca are hanging on at times, and it looks like Barcelona could score at any minute. The home side needs to do more in midfield to stop the flow of attacks.

9′ MESSI! The Barca star misses his first chance of the evening, but it is a warning sign to Huesca who are now under severe pressure. The forward latched onto a cross but drilled his volley past the near post.

7′ CHANCE! Pedri goes close for Barcelona, but he is denied by Fernandez in the Huesca goal. The winger pounced onto a cross from the left wing but failed to generate any power on his effort. That has given Fernandez a chance, and he denied Pedri with a superb reflex save.

5′ After a slow start, Barcelona are now starting to dictate the play, forcing Huesca into their own half.

3′ As of yet, we have had no chances, with Huesca trying to press early and put the Barcelona midfield under pressure.

1′ The match is underway!

The two teams are out on the field of play and kick-off is moments away!

In all competitions, Barcelona are unbeaten in their last four games against Huesca scoring 20 goals and conceding only three.

Huesca head coach Miguel Angel Sanchez makes three changes to the team that lost 2-1 to Celta Vigo. Gomez, Seoane and Mir come in for Borja Garcia, Okazaki and Ferreiro. Koeman drops Mingueza and Pjanic to the bench, with Busquets and Dembele given a chance to impress from the start.

After their draw with Eibar last time out, Barcelona boss Ronald Koeman conceded a title challenge is unlikely, but he will still take confidence from their recent run. Koeman’s side are unbeaten in their last five league games, while they have won three of their last four away from home in all competitions.

Huesca may be bottom of the table, but they are only four points away from safety. They have only lost once in their last six at home, but their only win came against Deportivo Alaves.

Hello and welcome to our live coverage of the LaLiga clash between Huesca and Barcelona. After three games without a win, Huesca will be hoping to climb off the foot of the table, while Barcelona could move into the top five with all three points.

Sun Jan 3 , 2021
The Blues were outplayed throughout Sunday’s fixture and now languish in eighth place after a horrendous recent run of form Chelsea manager Frank Lampard acknowledged that he was given a sharp jolt of reality as the Blues capitulated at home to Manchester City on Sunday.  Lampard’s charges have been in […] 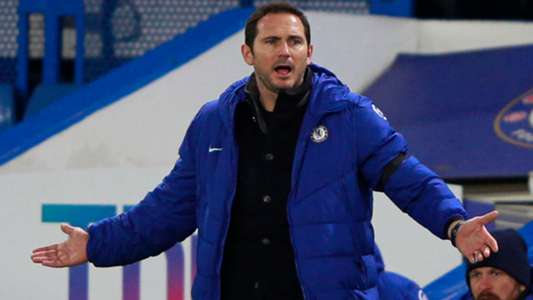