Hudson-Odoi has started both of Chelsea’s first two games under new head coach Tuchel, who was drafted in following Frank Lampard’s dismissal on January 25.

The 20-year-old was in and out of the team under Lampard, but his successor found a surprising way to bring the best out the attacker during fixtures against Wolves and Burnley.

He was the most dangerous player on the pitch during a 0-0 draw with Wolves at Stamford Bridge last week, and was even more impressive during the 2-0 victory over the Clarets at the same venue on Sunday.

Tuchel has experimented with a 5-3-2 formation which has seen Hudson-Odoi take up a spot at right wing-back, with Hoddle of the opinion that he has naturally adapted to the position due to his aggressive style of play and intelligence on the ball.

The former Blues midfielder was pleased to see the England international cap a superb all-round display against Burnley with the assist for Cesar Azpilicueta’s opener, and thinks his manager will have been equally impressed with his contribution.

“I think this wing-back role, the system actually suits him,’ Hoddle told BT Sport. “He likes to be wide. He likes to stay wide and hug the line. The Chelsea players, midfield players particularly on the diagonals, were finding him much easier today than they were against Wednesday. He’s always wide.

“It was intelligent play for the (first) goal, he’s drawn him in, created the space for Azpilicueta and laid it on a plate after really aggressive play.

“All the positive things down this right-hand side came from Hudson-Odoi. He’s got to be delighted with his performance and his manager certainly will be.

“I’m just wondering if he took him off to see Reece James but maybe to save him a bit so he doesn’t get injured.”

Hudson-Odoi could retain his place in Tuchel’s line up when Chelsea make the short trip across London to face fellow top-four hopefuls Tottenham on Thursday.

The two teams are level on 33 points at the moment, but the Blues have played a game more and Leicester City are sitting five points ahead of them in the final Champions League qualification spot.

Mon Feb 1 , 2021
The Jangwani giants feel they have addressed all the weak areas to help them get their first league trophy in three seasons Yanga SC have now stated they have invested enough to lift the 2020-21 Mainland Premier League title. According to the club’s registration officer Hersi Said, the Jangwani giants […] 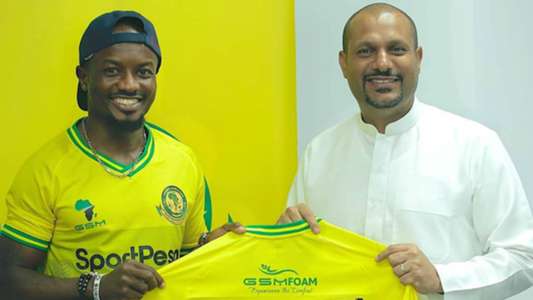