The defender has more Premier League appearances than any other foreign outfield player, but that wasn’t enough to make him believe he could coach

Former Everton and USMNT goalkeeper Tim Howard says ex-team-mate Sylvain Distin told him he wasn’t planning on going into management due to the lack of black coaches in the Premier League.

Howard and Distin were teammates at Goodison Park from 2009 to 2015, as Distin made 210 appearances for Everton. In addition, the Frenchman played for the likes of Newcastle United, Manchester City, Portsmouth and Bournemouth before retiring in 2016.

Distin made a total of 469 Premier League appearances, the most of any foreign outfield player and the 19th-most all-time. As retirement loomed, Howard says he tried to direct Distin towards coaching.

Speaking on a Bleacher Report roundtable alongside Weston McKennie, Maurice Edu and Crystal Dunn, Howard revealed that Distin pointed to the lack of black coaches in the Premier League as the reason he didn’t want to make that his next step after moving away from his playing career.

Howard said: “My best friend at Everton was a black guy from Paris, and we were the best of friends for over a decade and we still are. Afterwards, I said, ‘Come on, like why aren’t you coaching?’ and he looked at me like I had three heads.

“He said, ‘Coaching, how many black people do you see coaching?’ I was like, ‘Yeah’. So you’re talking about a guy that has played more Premier League games than any foreign player in history and he doesn’t think he can get a job coaching in the Premier League. It’s crazy.”

When the group was asked if they’d ever played for a black coach, Howard admitted that he hadn’t while McKennie said he had one black coach as a youth player. Edu, meanwhile, pointed to his dad as a coach that he had as a younger player.

As protests begin to wind down across most cities in the U.S., Howard says it is important that the message continues and that those protests inspire actual change that prevents them from being needed again.

“Now that we have people’s attention, the next step is to make sure that they’re putting language in that allows us to peacefully protest, but we’re not peacefully protesting for the sake of taking a knee because we feel like resting. It’s to engage conversation and change the narrative.”

Tue Jun 16 , 2020
Wekundu wa Msimbazi are eyeing their 21st league title this season after a good run Tanzania Prime Minister Kassim Majaliwa has stated Simba SC are the best team in the country. The 20-time Tanzania Mainland League champions are chasing their third title in as many seasons. In his address to parliament, […] 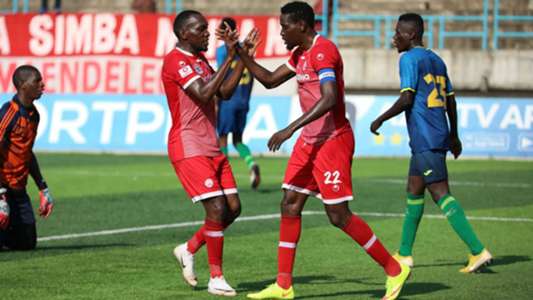