On the occasion of the youth day, the African football legend paid a courtesy visit to a Cameroonian school

Also known as Youth Day, Fete de la Jeunesse is celebrated in Cameroon holds every February to mark the importance and right of young people in the country.

In preparation for this occasion, activities like games, folk culture exhibition, dances are organised in high schools, university campuses and associations in Cameroon.

To celebrate the 2021 edition, the four-time African Player of the Year visited a school in his native country.

In a post on social media, Eto’o expressed his delight meeting the pupils who he claimed were ‘full of energy and wonderful creativity’.

“I had a great time meeting the children at a school in Cameroon celebrating Fête de la Jeunesse! They were full of energy and wonderful creativity!,” he tweeted.

I had a great time meeting the children at a school in Cameroon celebrating Fête de la Jeunesse! They were full of energy and wonderful creativity! #fêtedelajeunesse #education pic.twitter.com/1b4jUxKqxm

— Samuel Eto’o (@SamuelEtoo) February 11, 2021The 39-year-old had paid a courtesy call to the military as part of his tour to the nation’s far North region – where he is engaging in charity works.

Aside from that, he has reportedly offered humanitarian support to abouth 25,000 kids affected by conflict in that district.

Considered as one of the greatest African footballers ever, Eto’o retired from football following the expiration of his contract with Qatar SC.

In a professional career that spanned over two decades, the legendary forward began his career at Kadji Sports Academy before heading to Real Madrid in 1997.

Following his inability to tie down a regular place in the star-studded Los Blancos, he was loaned to Leganes, Espanyol and Real Mallorca.

Thanks to his notable performances at Mallorca, he was signed permanently for a club record £4.4 million fee. Four seasons later, he joined Barcelona There, he won two Champions League titles, three LaLiga diadems as well as two Supercopa de Espana trophies.

Before signing out at Qatar SC, he had featured for Inter Milan, Anzhi Makhachkala, Chelsea, Everton, Sampdoria, Antalyaspor and Konyaspor.

On the international scene, he made his senior debut for the Indomitable Lions in their 5-0 friendly defeat to Costa Rica on March 9, 1997. He retied with 56 goals in 118 caps for the country – winning two Africa Cup of Nations diadem and an Olympic gold medal to his name.

Thu Feb 11 , 2021
The Ghana international finds himself back on the sidelines, with another untimely knock preventing him from forming part of Mikel Arteta’s plans Thomas Partey has handed Arsenal a fresh injury headache, with the Ghanaian midfielder being ruled out of a Premier League clash with Leeds on Sunday. The 27-year-old, who […] 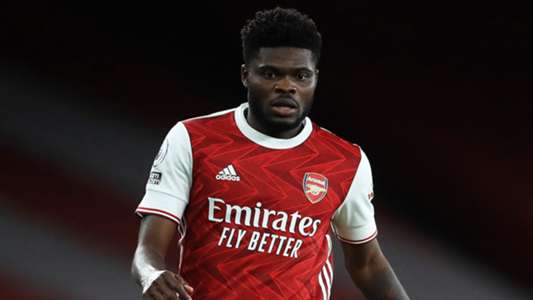