The former defender, who led by example throughout his career in north London, also sees Kieran Tierney becoming a leader at Emirates Stadium

Rob Holding is an Arsenal “captain in the making”, says Tony Adams, with Kieran Tierney another at Emirates Stadium that could take the armband once Pierre-Emerick Aubameyang relinquishes the role.

The Gunners have been operating without their skipper of late, with personal issues keeping a Gabonese frontman out of FA Cup and Premier League clashes with Southampton.

Mikel Arteta is considered to have plenty of other leaders in his squad, with two British stars very much at the centre of those plans.

For Adams, Holding could be the man to take the armband long-term, with the 25-year-old defender overcoming injury issues to nail down a regular role in what is shaping up to be his most productive season for Arsenal to date.

“Rob Holding is a captain in the making for me,” Gunners great Adams, who led the club for several years during his own distinguished career, told Stadium Astro.

“I would like him to get on with it. He has had injuries. I had won four trophies by the time I was 25. I’m not saying it’s my standards, but he has the right attitude and so has Tierney.

“I’m loving [Thomas] Partey. It’s all fingers crossed. He came in against United and was outstanding – it was the first time in a long time that I have been excited by a presence. We have always needed that and you go back to Gilberto and Manu Petit, these invisible screens.

“I like Gabriel as well, physically he’s got everything going for him.

“There are a few signs, not enough, but a few signs of growth. What Arsenal need to do, fundamentally, is build and start again. Work with the academy, step by step, lay the foundations.”

Arsenal have been showing greater faith in youth this season, with a number of academy graduates coming to the fore.

Bukayo Saka has seen his development rewarded with a new long-term contract, while Emile Smith Rowe has taken on No.10 duties in the wake of Mesut Ozil being frozen out and ultimately pushed out of north London.

Experience is also being embraced, though, with the likes of Holding, Tierney and Partey having important roles to play in the months and years to come.

Thu Jan 28 , 2021
Expectations will be high on the Harambee Star to perform especially after enjoying good goalscoring form with Kashiwa Reysol Michael Olunga’s Al-Duhail SC have been pooled in Group C of the AFC Champions League after a draw that was conducted on Thursday in Malaysia. After announcing himself with a hat-trick […] 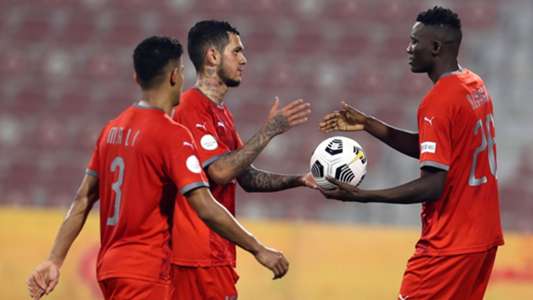