Crystal Palace manager Roy Hodgson confirmed Wilfried Zaha is yet to recover from his hamstring injury and he is expected to miss their Premier League trip to Brighton and Hove Albion on Monday.

The 28-year-old limped off in the Eagles’ 2-1 victory over Newcastle United on February 2 and he has missed their last two games.

In his absence, Crystal Palace have failed to score a goal in their last two league outings which ended in defeats (vs. Leeds United and Burnley) and they have dropped to 14th in the Premier League standings.

Ahead of the trip to the Amex Stadium, Hodgson said Zaha is working hard with the club’s medial team but he refused to give a timeframe for his return.

“[Wilf Zaha] is still suffering from the injury, there’s no question of that,” Hodgson said in a press conference. “The doctors in particular and physios are very anxious to not put dates on people so they’d be very angry with me if I suggested dates he could return.

“He’s working very hard to get back as soon as he can. I’m rather hoping the prognosis will be different to the actual timescale.”

Zaha is Crystal Palace’s leading top scorer this season with nine goals after 19 Premier League appearances, however, the former Liverpool and England manager wants his team “to live without” the Ivory Coast international.

“But we’re not the only club, I suppose, to be experiencing that,” he said when asked about their injury struggles. “But there’s no doubt that a club like ours, the sur squad is not limited, but not as profuse as some of the clubs above us. We do suffer greatly when the injuries come our way, because we rely heavily on our players.

“Wilf Zaha’s name is always mentioned, we can’t win without him we’re told and people use the facts to document that. But we have to live without him at times. Some times in those periods we don’t get the results we want.”

Sao Paulo vs Palmeiras: How to watch Brasileirao Serie A matches

Thu Feb 18 , 2021
Two Sao Paulo giants meet in Friday’s derby, with both secure of their place in this year’s Libertadores The Campeonato Brasileirao Serie A is the top level of soccer in Brazil and has been the breeding ground for some of the world’s greatest players including Pele and Neymar. All games […] 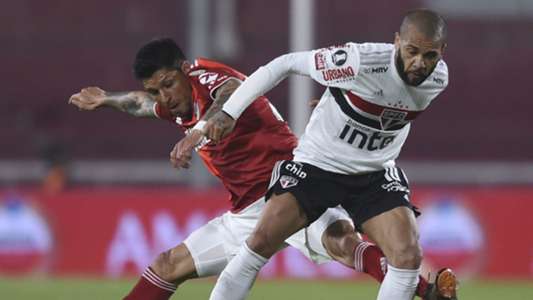