Antonio Conte has criticised Alexis Sanchez for his poor goal record and says “his numbers must be better” following Inter’s 2-1 defeat to Juventus in their Coppa Italia semi-final first leg on Tuesday night.

Sanchez has struggled for goals this season, recording just two strikes in 21 appearances for Inter in 2020-21, having drawn another blank against Juve.

The Chilean forward – once a deadly attacking presence at Udinese, Barcelona and Arsenal – has struggled badly ever since leaving the Gunners for Manchester United in January 2018. He has scored only 11 times in just over three years.

Sanchez wasted an opportunity to impress on Tuesday night when he started in the absence of Romelu Lukaku, who was suspended after picking up a yellow card during his clash with Zlatan Ibrahimovic in Inter’s Coppa Italia quarter-final victory over AC Milan last week.

Sanchez has scored just six goals in total for Inter since moving from Manchester United, initially on loan, in summer 2019, and averages a goal only once every nine games.

Conte appears to have lost patience with Sanchez, telling reporters after the defeat to Juve: “I don’t know if he was tired, of course he tried to give his best in the game, but he has to be more clinical when it comes to scoring goals. Numbers for [judging] the strikers are merciless, and his numbers must be better.”

At 32 years old, there is concern that Sanchez will never recover the form which, at Barcelona and Arsenal, made him one of European football’s most feared attacking talents.

Sanchez’s stock has fallen far enough for him to be linked with leaving Inter in January, and he was included in a prospective swap deal with Roma which would have seen Edin Dzeko head to San Siro.

Conte previously said Sanchez should stay focused on regaining his form with Inter, rather than being sidetracked by potential moves elsewhere.

He said in January: “I won’t talk about Edin Dzeko to Inter because he’s a Roma player. If there’s some players unhappy here, we’ll be ready to open negotiations. I’m not asking to sign Dzeko, it’s up to the club. Sanchez is our player, I want him to be focused on the next match.”

Wed Feb 3 , 2021
NorthEast United are eyeing the record of four consecutive wins in competitive matches for the first time in the club’s history… NorthEast United find themselves occupying the fifth spot and are level on points with FC Goa (21) in the 2020-21 Indian Super League (ISL) standings table ahead of their tie against […] 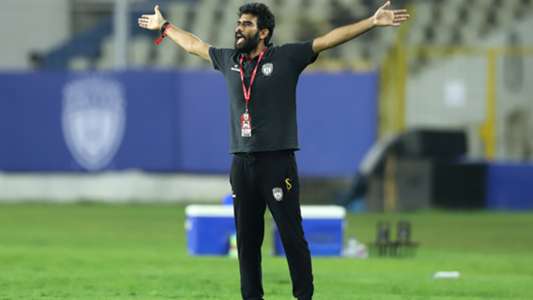