Francisca Ordega has backed Randy Wandrum to succeed as Nigeria’s women team coach, conceding the wait for his engagement took longer than expected.

The Super Falcons had gone without a substantive tactician for more a year since the resignation of Thomas Dennerby in September 2019.

But early in October, Waldrum, who previously handled Trinidad and Tobago, as well as the US U23 national team, was named as Dennerby’s replacement by the Nigeria Football Federation (NFF).

The Shanghai Shengli striker was full of praise of the American’s recruitment while expressing relief her side was able to get a new coach after more than a year wait.

“I am happy, very happy. It is not a good thing for a team to stay without a coach for a year,” Ordega told ESPN.

“It has been a really long time for us. It’s not a good thing for a senior team to be without a coach for a whole year. It’s not proper at all.”

Before accepting to take the Nigeria job, the 64-year-old had also previously handled Houston Dash for three years during which Ordega was with Washington Spirit.

Having featured against Dash, the 27-year-old striker gave her tactical impression of Waldrum after playing against his team in the National Women’s Soccer League.

“I played against him several times. Playing against this team was always tough for us. So I really think he is a good choice for [Nigeria],” she continued.

“It wasn’t really easy for them to beat us even though he is a good coach because if you don’t have the kind of players you want or expect, it is hard for you to beat the bigger or better team and we had better players.”

She also went on to share her expectations from the American as her national team coach, assessing his pedigree in the US.

“You know, America has one of the best teams in the world in terms of women’s football. The reason is that they take your weaknesses and they work on it to make you improve,” she added.

“For example, when I first went there, I did not have stamina, but they saw that as my weakness and worked on me and my stamina improved.

“Their professionalism is on a different level. I think he’s going to bring that. The way Americans think is quite different from the way we think, in terms of football, they’re very smart, they take decisions fast.

“I’m not even ashamed of telling this story. When I went to America at first, I always found it difficult because when the coach is trying to explain things the other girls would pick it up quickly, because they’ve been trained right from the college but I wasn’t used to it.

“It was difficult for me to step in but with time, I was able to cope. I believe he’s going bring the idea of enabling us think fast, not just while playing but even when we’re outside the field we should also think really, really fast, we should be smarter.

“That would help us a lot because I think that is where our lapses are. We are strong, but we don’t really know when to use that strength. So, I think he’s going to come put it right for us when to use it, when to use our head and when to use the strength as well.”

Waldrum is expected to lead the Super Falcons to defend their continental crown at the 2022 Africa Women’s Cup of Nations and secure qualification to the 2023 Women’s World Cup.

Tue Oct 27 , 2020
The former Golden Arrows and Highlands Park player has started well at the Soweto club and will be hoping for a third consecutive start Orlando Pirates’ new signing Wayde Jooste will be put through a late fitness test to determine whether he can feature against Stellenbosch FC on Wednesday. The […] 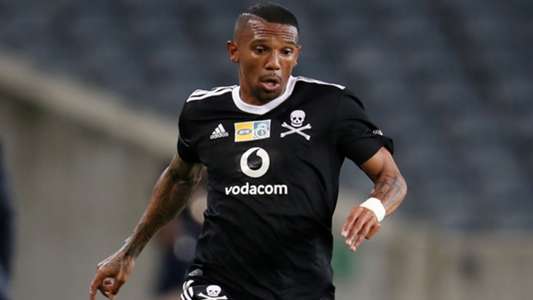