Enthralled with his display against the Red Devils, the Baggies manager has applauded the Senegalese forward’s impact

Sam Allardyce has hailed Mbaye Diagne’s predatory instincts and contribution to West Bromwich Albion after the on-loan Galatasaray striker scored against Manchester United in the Premier League on Sunday.

The 29-year-old opened his Baggies goal account in the 1-1 draw with the Old Trafford giants at the Hawthorns.

With the game still in its second minute, Diagne got the better of Victor Lindelof to head a cross from Conor Gallagher past goalkeeper David De Gea.

In the process, he became the 20th Senegalese to score in the English elite division as well as the 12th player from the African country to score under manager Allardyce.

Through his presence on the field of play, Diagne was a constant threat to Ole Gunnar Solskjaer’s side, who got their equaliser through Bruno Fernandes, prompting praise from the former Bolton Wanderers and Newcastle United handler.

“I thought the players were absolutely excellent. The application was really good,” Allardyce told club website.

“Their concentration in doing the correct job was spot on.

“We used the ball really well at times and created a number of good opportunities.

“We got off to a great start early in the game. That was a big bonus for us. It was a great header.

“It was probably Mbaye’s hardest chance of the day. He could have easily been sat in the dressing room with the match ball on another day.

“It was a great performance overall and a well-deserved point.

“I think, in the end, we created enough chances to win the game.

“We’ve got to build on this now and perform at a similar, if not better, level in the next few games.”

As a result of his notable performance, he was in action from start to finish alongside Super Eagles’ defender Semi Ajayi.

He is expected to be on parade when the Baggies travel to Turf Moor for their next outing against Sean Dyche’s Burnley on Saturday.

Failing to win any of their last six fixtures in the English top-flight, West Brom are 19th on the log having garnered 13 points from 24 outings so far in the ongoing season.

Sun Feb 14 , 2021
The Porcupine Warriors’ hopes of making the group stage of the continental competition hangs in the balance following a disappointing first leg result Asante Kotoko began their 2020-21 Caf Confederation Cup campaign on a bad note as they succumbed to a 2-1 home defeat to Algerian side ES Setif on […] 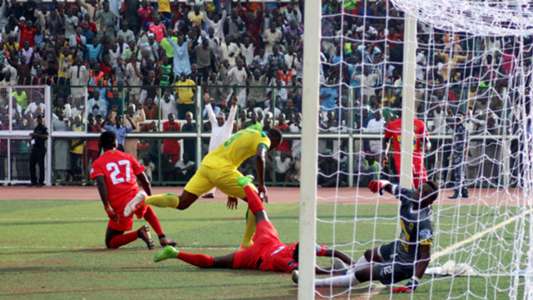