Young Africans (Yanga SC) have come out to clarify they don’t have plans to let go of their new signing Carlos Carlinhos.

The Angolan star joined Yanga at the start of the 2020-21 season but has struggled to claim his starting role with injuries putting him out of the starting squad.

Despite starting well, earning three assists and two goals, Carlinhos got injured and even missed the derby against Simba SC.

His situation has kept Yanga fans guessing with others feeling the player should be allowed to leave.

However, the Jangwani giants, through vice-chairman of the Yanga Registration Committee Hersi Said have said they still have plans with the player and that he will not be leaving any time soon.

“Carlinhos has been injured and was injured for some time now,” Said told Mwanaspoti as quoted by Sokalabongo. “There was a time when he was given a break while receiving treatment and he has now begun to practice slowly on the instructions of doctors.

“The club is monitoring everything and we have been told he can be ready maybe from January, we are all waiting and it is not true that we want to fire him, this is still our player until his two-year contract expires.”

Yanga are currently in Mbeya preparing to start the second round of the Mainland Premier League with a clash against Tanzania Prisons at Nelson Mandela Stadium.

However, the team has suffered a huge blow after coach Cedric Kaze confirmed that three key players – Saidi Ntibazonkiza, Yacouba Sogne, and Ditram Nchimbi are doubtful to face the Prison Warders owing to injuries and family issues.

“Both Ntibazonkiza and Yacouba picked up injuries during the Ihefu match while Nchimbi has been permitted to go and settle family problems but we still have a room for the named injured players to see how they will respond to the final training session and then we will know whether to feature them or not,” Kaze told Daily News.

On facing Tanzania Prisons, Kaze said: “Each game is different and we are aware that Tanzania Prisons are a good side too as they play as a team and they have a coach with vast experience of the Mainland Premier League but we have prepared in accordance with the status of the game itself.”

Yanga will head into the first match of the second round still topping the league table with 43 points after 17 matches while Prisons are 11th on the table with 21 points accumulated following 17 outings.

Thu Dec 31 , 2020
Cranes will be playing Cameroon in a mini-competition in preparation for the real tournament Uganda midfielder Tony Mawejje has stated his colleagues are prepared and ready for the pre-African Nations Championship (Chan) tournament and eventually the competition itself. Cranes were invited for the mini-tournament alongside hosts Cameroon, Zambia and Niger. […] 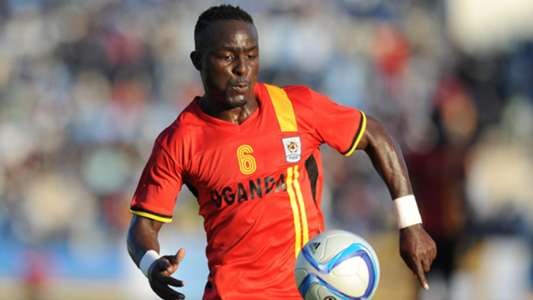