The teenager scored four goals and made one assist in that period to end up winning Ksh10,000 to accompany the award

Newly called-up Harambee Star Henry Meja has been named as the best player of January for the Football Kenya Federation Premier League side Tusker.

The former Kakamega High School striker scored four goals and earned one assist in the month as Tusker pushed their way up the ladder. He scored against Kakamega Homeboyz, a brace and and assist against their Nairobi rivals Kariobangi Sharks and a goal against Zoo FC.

Meja, who is playing alongside his brother Nicholas Meja at the Ruaraka club, said the award will help motivate him to keep the good form.

“I feel really happy to get this award,” Meja said as was quoted by the club’s website.

“I couldn’t have done it without the help of my teammates and the technical bench and I thank them for that. I have been working hard in training and the results have been visible on the pitch.

“Now I need to work harder because I have set the bar high and I need to maintain it.”

Tusker’s head coach Robert Matano said Meja is a good player and if he wants more awards, he will have to improve even further.

“I am happy for him because he has worked hard for it, but I don’t want it to get into his head and relax,” Matano said. “He got the award because he performed and for him to get another award, he needs to continue performing. He is a good boy and a good player.

“I want to thank the management for this initiative. It is going to motivate the players to work hard and that will be beneficial to the team in the long run.”

While presenting the award to the teenager, Tusker’s treasurer Ben Ochieng said the prize money could be increased for future winners.

“As the board, we decided to start this initiative as a way of motivating players and giving them an incentive to work hard and also appreciate their efforts every month,” Ochieng said.

“It is just a small token of appreciation and hopefully we can make it bigger as we progress.”

The winner has walked home with Ksh10,000 as Tusker enjoy the top position on the league table.

Wed Feb 10 , 2021
The former Fulham goalkeeper has handpicked Bengaluru’s Gurpreet Singh Sandhu as his favourite custodian in India… Odisha are placed at the bottom of the points table in the 2020-21 edition of the Indian Super League (ISL) as they prepare to face Kerala Blasters on Thursday. With five games to go, they have only […] 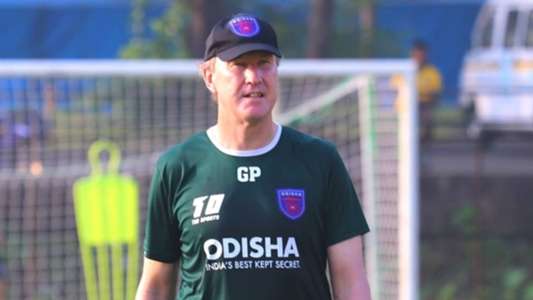