The former Red Devils goalkeeper can appreciate that an ambitious performer will want more game time, but he feels those opportunities will come

Dean Henderson remains “the future” of Manchester United, says Tomasz Kuszczak, with the 23-year-old being urged to remain patient as he fills back-up duties behind David de Gea at Old Trafford.

Having taken in two productive loan spells at Sheffield United, an ambitious goalkeeper was absorbed back into the fold at his parent club during the summer of 2020.

Henderson had made no secret of his desire to become the Red Devils’ No.1, with a regular starting berth in the England set-up also being chased down.

There are, however, sizeable obstacles blocking his path with club and country.

De Gea has remained a go-top option between the sticks for Ole Gunnar Solskjaer this season, meaning that Henderson has seen just 10 appearances across all competitions – and only 224 minutes of Premier League action.

Kuszczak, who once faced similar battles himself in Manchester, can appreciate why a talented performer may be feeling frustrated.

The Pole does see a bright future for Henderson, though, telling Stadium Astro: “He is a very young goalkeeper but it is no accident that he is there. He will get chances. Ole trusts him.

“He needs to find a way to the first team. He needs experience. He had a good time at Sheffield United and played very well, but Manchester United is a different team – you play internationally and have a lot of pressure.

“Being a goalkeeper is a difficult position. In the past you had very big names. Dean is the future of the football club. He will get chances. When the time is right, the manager will give him that chance.”

Kuszczak, who spent six years with United between 2006 and 2012, added: “I was 24 when I got there and had a fantastic goalkeeper in front of me in Edwin van der Sar.

“Edwin played the first season and I was pushing him. I was thinking it was my time but he performed for another six years at an unbelievable level and helped the team.

“I accepted my position, I hope Dean will get his chance. But at the moment David is number one.

“He has had a few dips but over the last few weeks he has been very good. Dean has to wait for his chance. A goalkeeper can play until 40 so he has time to play for United.”

Thu Jan 28 , 2021
The 19-year-old made his competitive debut on Wednesday, taking in 87 minutes in a 4-0 Coppa Italia win over SPAL Juventus head coach Andrea Pirlo predicts a bright future for young midfield star Nicolo Fagioli, stating that the 19-year-old can go on to flourish in the regista role due to his […] 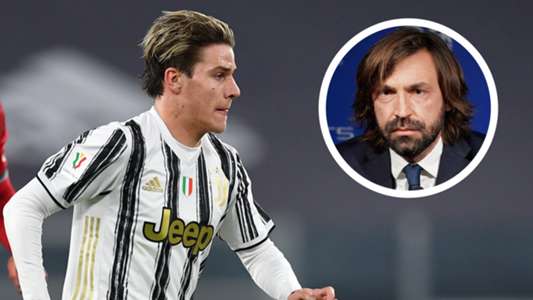