Dean Henderson is happy to continue playing a waiting game behind David de Gea at Manchester United, with the 23-year-old goalkeeper saying his “best is yet to come” as collective sights are set on a “well overdue” trophy at Old Trafford.

An England hopeful returned to his parent club in the summer of 2020 after taking in two productive seasons on loan at Sheffield United – helping them to promotion into the Premier League and a top-half finish among the elite.

He is considered to be a long-term option between the sticks for Ole Gunnar Solskjaer, but has been restricted to just 11 appearances in total and 224 minutes of top-flight football this season.

“I’ve just got to keep ticking along, keep doing well and my best is yet to come,” Henderson has told United’s official website.

“I’ll keep waiting for those opportunities to come and hopefully I can build a bit of momentum and show my best form.”

The highly-rated goalkeeper made his competitive debut for the Red Devils in a Carabao Cup clash with Luton in September 2020.

He was Solskjaer’s go-to option in that competition, with further outings taken in against Brighton and Everton before bowing out in the semi-finals at home to Manchester City.

Henderson has also been a regular in United’s FA Cup campaign, seeing minutes against Watford, Liverpool and West Ham during a run to the quarter-finals.

Major silverware is being chased down there, while the Europa League presents another possible avenue to tangible success.

Henderson is in line to figure in the last-32 of that competition against Real Sociedad, with the Red Devils determined to bring a four-year trophyless run to a close.

“Trophies are massive at this football club and they’re well overdue, so we definitely want to win something this season,” Henderson added.

“That’s what everyone in this group is working towards.”

Henderson knows he needs to be seeing regular game time in order to retain his place in the England squad.

A senior bow for the Three Lions was made against the Republic of Ireland in November 2020 and the plan is to remain part of that fold through to this summer’s European Championship.

Thu Feb 18 , 2021
The 33-year-old has endured one of his worst seasons as a Amakhosi player and he has now been replaced by the experienced defender Kaizer Chiefs head coach Gavin Hunt has revealed that Itumeleng Khune has been stripped of the club’s captaincy. Eyebrows were raised when experienced goalkeeper made his return […] 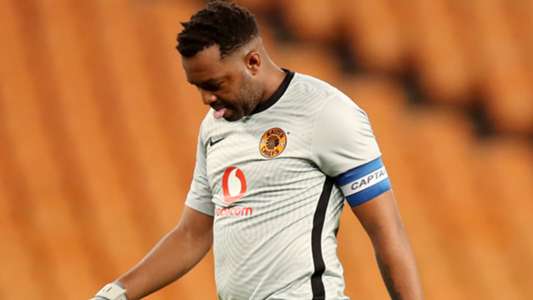