Jordan Henderson maintains that Thiago Alcantara has been a “fantastic addition” to the Liverpool squad, with the Reds captain defending a “phenomenal player” from his critics.

Questions have been asked, in what has become a testing campaign for the Premier League champions, as to whether the Spain international midfielder has done more harm than good at Anfield.

Thiago, who took in a treble triumph at Bayern Munich last season, has been accused of slowing Jurgen Klopp’s side down and blunting their once razor-sharp attacking threat.

Ahead of a Champions League last-16 encounter with RB Leipzig on Tuesday, Henderson told reporters: “Thiago has been brilliant since he came to the club.

“I think everybody knows how good a player he is. He’s a world-class player and he’s been great to have around.

“Even off the field, he’s a really good person, leads by example, gives everything and you can learn a lot from him. I think he’s been a fantastic addition to the squad.

“He’ll probably know Leipzig better than anyone, so I’m sure he’ll be telling us one or two things to help with that. But he’s settled in very well, like I knew he would.

“He’s a phenomenal player and hopefully he can just keep improving each time he plays for us and getting used to the way we play as a team.”

What have doubters been saying?

Former Liverpool striker Michael Owen has told Premier League Productions: “I think Liverpool are better when they have width. They get clustering. They have a lot of samey players in midfield in Thiago, Wijnaldum and Milner.

“I would like to see them stretching play a lot more, upping the tempo, winning the ball high again, committing players forward to win the ball high, they have to do it, they have to stem it themselves because they don’t have the Anfield crowd.”

Ex-Reds midfielder Dietmar Hamann has said on Stadium Astro: “The dynamics of the team will change and I’m not sure whether that change will be for the better with him [Thiago] in the team. He’s a brilliant player, there is no doubt about it, but whether he is a player that Liverpool need, I’m not too sure.”

There is no doubting Thiago’s ability, with his ball-playing qualities embraced by Klopp and a Liverpool side that often dominates possession.

The 29-year-old, who has endured his own fitness issues, has been slotted into a team, though, that has struggled with injuries this season and started to slip from the loftiest of perches.

Three successive top-flight defeats appear to have ended the defence of a domestic crown and the Champions League provides the Reds with their only alternative route to silverware in 2021.

Tue Feb 16 , 2021
The Portuguese tactician remains confident K’Ogalo have a huge chance to make it right and advance to the group stage Gor Mahia coach Carlos Manuel Vaz Pinto has put up a brave face by insisting they can still beat Napsa Stars away and reach the group stage of the Caf […] 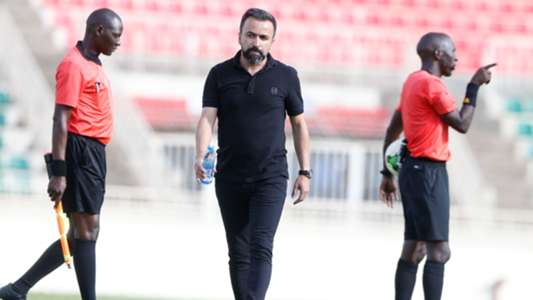