The inclusion of Jill Scott in Riise’s first squad means she could make her 150th appearance for the Lionesses later this month, with them due to play against Northern Ireland on February 23 in their only friendly of the international break.

After receiving call-ups to training camps at the end of last year, the uncapped quartet of Hannah Hampton, Sandy MacIver, Lotte Wubben-Moy and Ella Toone are all involved once again and could make their senior international debuts this month.

Editors’ Picks
Who is missing?

There are 15 players from Neville’s final training camp as England head coach that are missing from this month’s squad. Of those, Lauren James and Demi Stokes are both injured, with Esme Morgan also only recently back from a short spell on the sidelines.

The most notable omissions are Telford, Mead and Parris, who have all been regulars for their country for a number of years. Telford has been the second-choice goalkeeper at Chelsea this season, however, and the Football Association is keen for players to be playing regularly.

Parris’ omission could be down to Covid-19 protocols, with her playing for Lyon in France, but Mead absence appears to be based on form.

Jordan Nobbs, meanwhile, is a surprise inclusion after she was ruled out of Arsenal’s game against Manchester City on Sunday through injury.

What has been said?

Speaking about her first squad as interim England boss, Riise said: “I am looking forward to leading my first international camp with England. I have watched a lot of England and club matches and believe this is a group of players who are capable of winning at a major tournament.

“My work from now until Sarina Wiegman’s arrival is to develop their ability, playing style and physical conditioning to contribute to future success – this summer and beyond.

“It is great for the players to have an official fixture to look forward to and is an opportunity to implement everything they have worked on from previous training camps.”

How does this impact the Team GB squad?

Baroness Sue Campbell, the FA’s Director of Women’s Football, indicated that during England’s upcoming camps, there is one eye on the women’s football team that will represent Team GB at the Olympics.

Speaking last week, Campbell told reporters: “When you see the list of players coming to camp, you will perhaps see some people missing that you would expect to see there, but we’ve got three or four really important things that we’re looking at in preparation for the Team GB squad in Tokyo.

“Physical condition is going to be absolutely key. The fact that people need to be playing week in and week out is really important to us.

“The second part of what we’re looking at is mental toughness and mental resilience. That ability to cope with a result that perhaps wasn’t quite where you wanted, or the fact you didn’t get off the bench or whatever.

“Thirdly, we really want to make sure that people are versatile. When we go into the Olympics, we will only have a squad of 18, which is much smaller than we’d normally have. Those factors are really critical in terms of the selection that we do now for camp and the selection we do going forward.”

Campbell also confirmed that there is a longlist of around 50 players from the home nations on the radar of Team GB. The list will be cut to around 30 names in March, with the final 18 to be submitted in May.

What fixtures do England have scheduled?

The Lionesses will play Northern Ireland later this month in what will be their first game for almost a year.

They haven’t played since a 1-0 defeat to Spain at the SheBelieves Cup in March 2020 – a game that proved to be Phil Neville’s last in charge – with matches against Germany in October and Norway in December both having been postponed.

This fixture will therefore be England’s first under the new management of Riise, who has taken over on an interim basis before Netherlands boss Wiegman comes into the role after the Summer Olympics.

In April, the Lionesses have another home game scheduled against Canada, who sit eighth in the FIFA rankings.

What is the squad in full?

Tue Feb 9 , 2021
The Englishman was spotted conducting a training session at the struggling PSL side Former Black Leopards and Baroka FC coach Dylan Kerr is reportedly on the verge of being announced as Tshakhuma Tsha Madzivhandila coach. Barely two weeks after partying ways with Leopards, Kerr is now with TTM according to […] 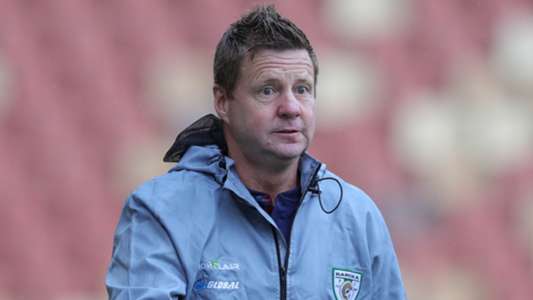