Hearts of Oak skipper Mohammed Fatawu has alleged former coach Kosta Papic had his favourites at the club.

Barely three months after assuming office for a second spell, Serbian coach Papic resigned from his post on Monday, citing the club’s poor run of performance on the management’s interference in his job among the reasons.

The latter claim has, however, been vehemently rejected by the leadership of the club, who rather accused the former Orlando Pirates, Kaizer Chiefs and Enyimba boss of favouritism in player selection.

“The thing about the favouritism is that some of the players felt they were ready to play matches but they were never given the chance [by Papic],” Fatawu said, as reported by Citi Sports.

“Others felt that injured players, who were out of the team for long spells, were immediately restored into the starting 11 once they returned to fitness. As a result, some players felt they were not getting rewarded for all the hard work they put in training.

“If someone is 100 per cent fit and training each day and another goes out injured for one or two months and on their return, they are easily restored to the first eleven, some players didn’t think it was fair.”

Papic’s accusation has brought Hearts’ management under fire, with fans showing up at the club’s secretariat on Wednesday for a protest against perceived poor leadership.

“Hearts of Oak players told the board that Kosta Papic is their problem because of his favouritism in the team when it comes to player selections,” board member Nyaho Nyaho-Tamakloe said in responding to the Serbian’s accusation on Wednesday.

“The players complained that the coach kept changing his winning team and there were inconsistencies of tactics implementation which he also featured injured players in matches.”

“Everything Kosta Papic told you was a lie, we have never influenced his decision,” Vincent Sowah Odotei, another Hearts board member, added.

“He rather had issues with the players. Alhaji Akambi and I have done nothing wrong.”

The Serbian was appointed the new head coach of South African side Black Leopards on Thursday.

Thu Feb 18 , 2021
The 27-year-old is yet to feature for the Indomitable Lions despite his fine goalscoring streak in the Swiss Super League Young Boys striker Jean-Pierre Nsame has explained his long absence from Cameroon national team despite a recent invitation from coach Antonio Conceicao. Nsame has been impressive in front of goal […] 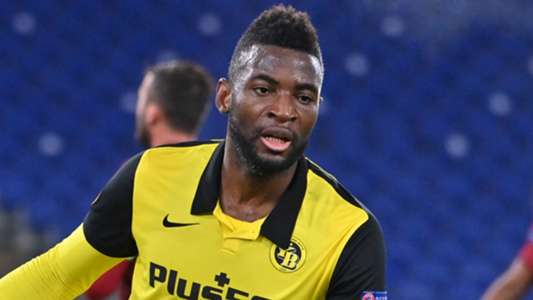