Hearts of Oak coach Kosta Papic believes that Asante Kotoko face a tough challenge in their bid to beat Al Hilal of Sudan to qualification to the Caf Champions League group stage.

The two teams are set to face off in a first round second leg fixture in Omdurman on Wednesday, the first leg having ended in a 1-0 triumph for visiting Hilal in Accra.

“It is very difficult to play football in Sudan because I’ve played against them [Hilal],” Papic, who has previously worked with a host of African giants including Kaizer Chiefs, Orlando Pirates, Young Africans and Enyimba, told Kumasi FM.

“Kotoko must be cautious because it is not easy to play in Sudan and the worst part of everything is that they lost at home, but if they manage to score a goal that will be very good for them, everything is possible.”

Kotoko have set their sights on reaching the group stage of the competition for the first time since 2006. Last season, they were eliminated at the first round by Tunisian outfit Etoile du Sahel.

“If I’m being realistic, I can say that because Kotoko lost the home game, we don’t have a chance,” Ghana coach CK Akonnor, who watched the first leg at the Accra Sports Stadium, recently said on the Porcupine Warriors’ chances, “but there are miracles in football, and I strongly believe that once they are determined and prepared very well, they can go there and perform a miracle.”

Akonnor’s comments are in a similar vein to those of former Ghana goalkeeper Abukari Damba.

“Asante Kotoko are disappointing,” Damba told GTV Sports Plus on Kotoko’s performance after the game. “They lack quality and no creativity.

“I was surprised with the statistics at the end of the game but it is difficult to say but this Kotoko team has a long way to go. They are disappointing and if they continue like this, it will be a disaster.

“They can go away and win there also but it’s very difficult at the moment. They will have to play with more hunger and commitment in Omdurman,” he added. “It’s not an impossible task for Kotoko but they will have to work hard.”

Kotoko are two-time winners of the Champions League. Last year, the club were eliminated in the first round by Etoile Sahel of Tunisia.

Tue Jan 5 , 2021
The Mali international was forced off as the Saints stunned the English top-flight champions at St. Mary’s Stadium Moussa Djenepo has appreciated Southampton fans for their support after suffering an injury against Liverpool in Monday’s Premier League game. The Mali international could not complete the encounter at St. Mary’s Stadium […] 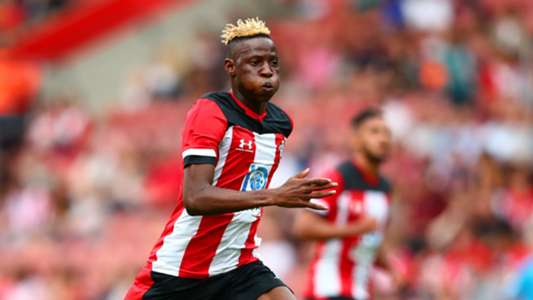