A Victor Aidoo double and a goal each by Abdul Manaf Umar, Fredrick Ansah Botchway, Souleymane Lawali and Benjamin Kotey Afutu ensured full points for the Phobians in the matchday seven fixture at the Accra Sports Stadium.

The result has taken Hearts to second on the league table, behind Bechem, who still sit top of the table with three points clear.

The match was also the fourth for former Kaizer Chiefs, Orlando Pirates, Enyimba and Young Africans coach Papic, who replaced Ernest Nii Odoom early into the season after a poor start to the latter’s GPL campaign. The win is the second triumph for the Serbian on his return to the Phobian job for a second spell, having previously coached the club in 2008-09.

Papic made three changes to the team that started against King Faisal in their last game, bringing on William Dankyi, Daniel Barnieh Afriyie and Lawali in place of Michelle Sarpong, Patrick Razak and Afutu, who would later score as a substitute.

The highlight of the first half was Afriyie striking the woodwork in the 38th minute and Bechem’s Emmanuel Asante receiving the marching orders for a second bookable offence a minute later.

After the break, the heavens opened with goals.

Umar broke the deadlock for Hearts in the 53rd minute before substitute Aidoo made it 2-0 with a cool finish in the 68th minute.

Five minutes later, Aidoo found the back of the net to put the Phobians in a comfortable lead. Then Botchway converted from the spot to make it 4-0.

Bechem would not go down without landing a blow of their own as Adu put the ball beyond Hearts goalkeeper Richmond Ayi to register a consolation.

Two minutes to full-time, Lawali scored for Hearts to add his name to the score sheet before Afutu wrapped things up with a strike on the stroke of full-time.

Hearts return to action against Elmina Sharks on matchday eight.

Farke confident Arsenal-linked Buendia will not leave Norwich in January 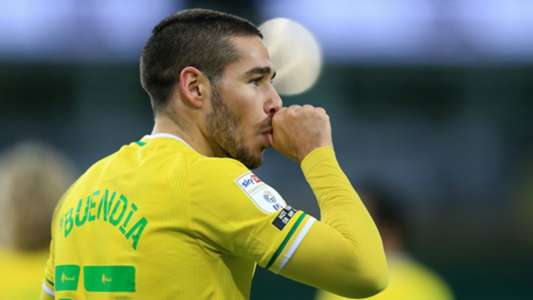