The Crystal Palace winger, who now represents the Ivory Coast, tangled with the former Manchester United midfielder due to unnecessary showboating

Wilfried Zaha has revealed that Ravel Morrison “moving like he was Ronaldinho” led to him confronting the former Manchester United midfielder during an England U21 match, with the team-mates becoming embroiled in an on-field bust-up.

Back in 2013, the Crystal Palace winger – who now represents Ivory Coast at senior international level – was a starry-eyed youngster looking to make a positive impression with the Three Lions.

One outing against Lithuania saw him line up alongside Morrison, who was a highly-regarded product of the Old Trafford academy system, but Zaha did not take kindly to his showboating during a 5-0 win.

“He was just getting me mad. He was moving like he was Ronaldinho and the rest of us were just no-one,” Zaha told the On The Judy Podcast of Morrison’s antics. “He was getting the ball and he was just doing tricks and the only time he passes it if he really needs to.

“We’re just stood there with our hands on our hips while he’s going past six Lithuanian players, and it’s just like ‘what are you doing?’.

“It was that easy – the team that we had, we had such good players and we can all do that, we can all hog the ball and go past all of them but we’re not doing it. We’re trying to be professional, play properly but he was just on his own thing.

“I just had enough, I was like ‘what are you doing?’ and out of the blue he just pushed me. I’m like ‘are you dumb?’, so I pushed him back and it was just nonsense on the pitch then when you go inside the man is silent.”

What has happened to Morrison?

Once regarded as one of the hottest prospects in English football, the enigmatic midfielder has failed to fulfil his true potential.

United eventually tired of his antics and sanctioned a move to West Ham in 2012 but, after initial success with the Hammers, his spell in east London also toured sour.

Morrison, who is now 28 years of age, has become a footballing nomad since then and currently finds himself without a club.

He has represented Birmingham, QPR, Cardiff, Lazio, Atlas, Ostersund, Sheffield United, Middlesbrough and ADO Den Haag, but has been unable to settle anywhere and showcase his full ability.

In contrast, Zaha has become a Premier League star at Palace. He also had a frustrating spell at Manchester United when lacking the experience to make a real impact, but has since shown himself to be one of the most productive wingers in the English top-flight.

Fri Feb 12 , 2021
The highly-rated forward will see his current deal expire in the summer, but those at Emirates Stadium remain hopeful on agreeing an extension Mikel Arteta remains confident that Arsenal can tie Folarin Balogun to a new contract despite the talented teenager continuing to run down his current deal. As things […] 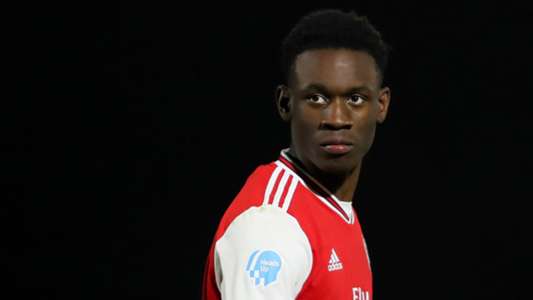