Oumar Niasse has revealed how Ronald Koeman tried to force him out of Everton before the expiry of his contract.

The 30-year-old did not get a chance to fight for a first-team spot when Koeman succeeded Roberto Martinez at the helm of the Goodison Park in 2016 side, and he was relegated to the U23 team before he sealed a loan move to Hull City in the second-half of the 2016-17 season.

Following the exit of Koeman in October 2017, Niasse returned to the Toffees’ first-team with eight goals in 22 Premier League matches during the 2017-18 season.

“It was like something really difficult, when you don’t understand why this guy is doing that. It wasn’t something I could understand,” Niasse was quoted by Liverpool Echo.

“After Martinez had been sacked by the club, we had two weeks of training after coming back from holiday. And then Koeman called me into his office and told me I’d better find a club, he didn’t think I was good enough to play for Everton.

“I said ok, no problem. To be honest, I tried to find a club, at that point I understood what he was doing. He didn’t want me, I don’t mind.

“I tried to find a club for a month, a month and a half. But I couldn’t get the right offer – the offers I had were going back to Turkey or Russia, because I had good teams who wanted me there.”

Niasse joined Everton on a free transfer from Lokomotiv Moscow in 2016 and he signed a four-and-a-half-year contract.

The Senegal international, who started his professional career at US Ouakam in 2008, said playing in the Premier League has always been his football dream.

Even without a club since June 2020, Niasse insisted that playing in the English top-flight is his mission.

“But I’d fought for my life to arrive in the Premier League, I’m not going to leave just because one guy told me he didn’t want me,” he continued.

“I signed four years, so either I get a good Premier League club to fight to make my dream come true, or I stay at Everton.

“When I didn’t have a good club, I decided to stay. That’s when, two or three weeks before the window closed, he tried properly to push me out, doing all the things he did.

“Deep down, I said I was fighting for something I really wanted. When you fight for your dream, everything becomes easier.”

Thu Jan 7 , 2021
The former GFA president went back on his word when he faced the global sport tribunal  Former Ghana Football Association (GFA) president Kwesi Nyantakyi admitted to breaching multiple Fifa Ethics codes when he appeared before the Court of Arbitration for Sport (CAS) for an appeal of his Fifa life ban.  […] 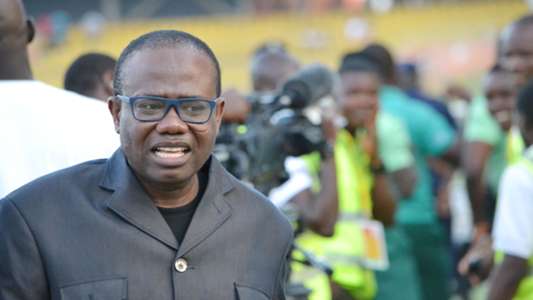