Orlando Pirates head coach Josef Zinnbauer was disappointed by his charges’ performance in their defeat to Lamontville Golden Arrows on Tuesday evening.

Pule Mmodi scored twice to inspire Abafana Bes’thende to a 2-0 win over the Buccaneers in a PSL match which was played at Sugar Ray Xulu Stadium.

Thembinkosi Lorch had a chance to level matters for Pirates after they were awarded a penalty, but he placed his effort over the crossbar and Zinnbauer felt that the Bafana Bafana international was simply unlucky.

“First-half we were not on the field, we came in the game a little bit but in the final third we could not find the solution. It was frustrating for me and in the second half, we changed the players, we changed the system,” Zinnbauer told SuperSport TV.

“But you don’t score, you have the opportunities, a penalty, I think when you get a draw [equaliser] with a penalty then it’s a different game. But we make a mistake in the defence, then they scored and the game is open. We tried what we can but we lost the game. I think it’s deserved for the opponent.”

“It’s not a pressure for him, he’s an experienced player, he scored in the MTN8, the penalty and now it’s football, you need luck in this game. We had 20 minutes more, we couldn’t score.”

“We have some games you don’t have the first opportunity to score, you have the penalty and you don’t score, that is not enough for us. I’m very disappointed, I’m frustrated. If you make a mistake then you get a goal, these players it’s not their intention, it’s a game you have to win, they fight, they run, they do what they can,” he added.

“We lost the game in the first-half, we had opportunities to score, Lorch is a top player, normally he scores but today it was not possible, all the players are frustrated. You saw after the game the heads go down.

“They know they had opportunities, we did not make the best game but we can make a draw or maybe more but now it’s important we take our heads up and start again.”

Why does it matter & what’s the bigger picture? Pirates had a chance to go level on points with joint-second placed Swallows FC and SuperSport United on the league standings with a win over Arrows.  The Buccaneers also saw their four-match unbeaten run in the league come to an end following their defeat to Abafana Bes’thende.   PSL title hopefuls, Pirates are eight points behind league log leaders Mamelodi Sundowns who have a game in hand. Zinnbauer will be keen to ensure that Bucs bounce back to winning ways when they face National First Division outfit Uthongathi FC on Saturday.  A win over Uthongathi would give Pirates some needed confidence having entered a busy February as they are set to play five matches in 18 days.  Further reading

Tue Feb 2 , 2021
Teams will return to action next week as the league board approval to return to the pitch following over a one month suspension Nigeria Women’s Premier League clubs have received February 10 as the date the domestic competition is set to return from its coronavirus suspension.  The NWPL organisers, Nigeria […] 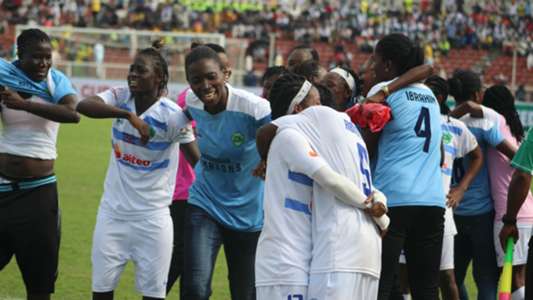