Bruno Fernandes joked that Manchester United team-mate Daniel James did not mean to set him up for a goal in the 4-0 win against Real Sociedad on Thursday.

United have a comfortable lead in the Europa League last-32 tie after the first-leg victory, with Fernandes netting two and James and Rashford also on the scoresheet.

The midfielder’s second strike came as he took the ball from James and sent it beyond goalkeeper Alex Remiro.

The 26-year-old says he doubts that James intended to put the ball in his path, but credited him with the assist regardless.

“I was expecting the touch from Dan James to me. When he controlled the ball, I think he was trying to control it, but I’ll give him an assist,” he told BT Sport.

“I saw the ball close to me and I think on these occasions the keeper is coming out, if you kick it well on the first touch it’s difficult to react and luckily for me it was a goal.”

Although United take four away goals into the second leg at Old Trafford, Fernandes says his side cannot afford to be complacent as they look to finish the season with a trophy.

“The result of course [is pleasing], it’s about winning, we want to win the games. We did everything well. The result is on our side but we still have the second leg and a tough game to do again at home,” he added.

“We know 4-0 is a good result, but we have to be aware of what Sociedad can do and be ready for the second leg.

“We need to understand that we have to grow up, we have to get better and better. Of course the most important is the results that give you a bit of confidence to go into the next game and try to win again.

“My target is to score the most goals I can and assist my team-mates to score to. The position I play is to do that, assist and score when you can. The most important target is the trophies. Trophies will be more important than scoring goals.”

What next for Man Utd?

United return to Premier League duty on Saturday with a home game against Newcastle United. Ole Gunnar Solskjaer’s side are second in the table and 10 points behind Manchester City as it stands, with 14 matches left to play.

The Red Devils will then turn their attention back to the Europa League when they host Sociedad on February 25 before preparing for league matches against Chelsea and City.

Thu Feb 18 , 2021
The Eagles have failed to win their last two league matches as the Ivorian forward continues his recovery from injury Crystal Palace manager Roy Hodgson confirmed Wilfried Zaha is yet to recover from his hamstring injury and he is expected to miss their Premier League trip to Brighton and Hove […] 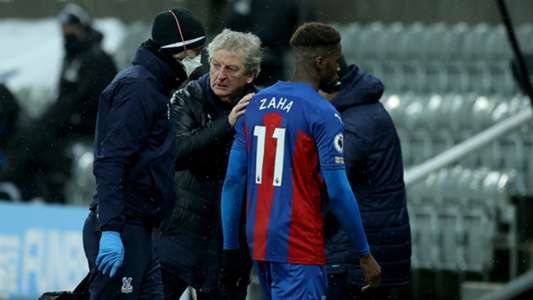