Mikel Arteta expects Thomas Partey to provide value for money at Arsenal, with the Gunners boss pointing out that a £45 million ($62m) midfielder “knows how much he cost” and is fully aware of the pressure he finds himself under.

The Ghana international was snapped up during the summer transfer window of 2020, with those at Emirates Stadium landing a long-standing target after many years of admiring him from afar.

Partey has impressed when called upon by Arteta, but niggling knocks have limited his involvement in English football and the 27-year-old is yet to perform at the peak of his powers.

Arteta has told reporters of Partey and the expectation that surrounds him as a big-money signing: “He knows how much he cost and that adds a bit of pressure.

“When you are not able to play you want to hurry up and do everything quicker, and show everybody how good you are and have a big impact on the team.

“That creates some anxiety for sure. Then the physical aspect, when you look at the outputs he needs to put in when he was playing in Spain or now, are pretty different.”

Is Partey injured at present?

A hip problem kept Partey out of 10 games for Arsenal between early December and mid-January.

He has figured in seven games since that enforced absence, making five Premier League starts.

Arteta finds himself without the former Atletico Madrid man once again, though, with a hamstring problem picked up against Aston Villa set to keep Partey out of a home date with Leeds.

His manager has said on not rushing a key man back: “Hopefully we can still see Thomas back and playing at the level he can do.

“Last time we gave him more time to recover and he came back in good shape, but he was not fit enough to sustain that for 90 minutes.

“That is why we kept subbing him and trying to protect him. I think he has played 90 only once since coming back from injury.

“Now we have to protect him, make sure that he is fit and ready to come back as soon as possible – but knowing that we need the player long term as well.”

Sat Feb 13 , 2021
The Argentine remains as important as ever to the Catalan giants and is preparing to re-write the history books once again Lionel Messi stands on the brink of another notable record at Barcelona, with the Argentine icon matching Xavi’s haul of 505 La Liga appearances for the club. The six-time […] 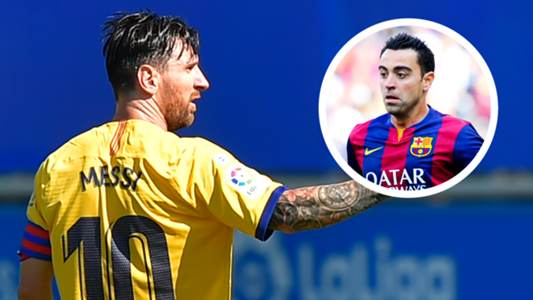