The club can quiet critics by claiming the Carabao Cup in April, but they will have to defeat high-flying Man City to do so

Jose Mourinho knows Tottenham need just one more Carabao Cup win to ease some of the talk around a potential Harry Kane exit.

Kane has notched double-digit goal tallies in seven straight seasons for Spurs but doesn’t have any trophies to show for it. Some have speculated the star striker is growing annoyed with the drought and could consider a move if the club doesn’t start collecting silverware soon.

When asked about the situation, Mourinho pointed out that beating Manchester City in the Carabao Cup final on April 25 would shatter the narrative that Tottenham can’t win the biggest games.

“To win a trophy, [Kane] just needs to win one game,” Mourinho told reporters. “I know that it is a big, difficult game.

“I know that it is against probably the team that is going to win the Premier League this year, so I think it is a very difficult final that we will have to play.

“But it’s something very personal that I think he is the right guy to have a conversation with you about it.”

Mourinho’s comments about Kane come days after he said the future of forward Son Heung-min was “not a problem” for the club and insisted the South Korean player would eventually sign a new contract.

At a time his side have slipped to eighth in the Premier League, he has little patience for transfer talk regarding Kane, Son or anyone else.

With so much at stake for Spurs’ future in the coming months, the last thing they need is their most important players becoming unsettled.

Wed Feb 10 , 2021
Ahead of the 2021 season kick-off, the Selangor reserve team has added three more foreign players and 10 more local boys to its roster. The Malaysia Premier League team which had listed only two foreign players on their roster in 2020, Selangor FC 2 have since added more import signings. […] 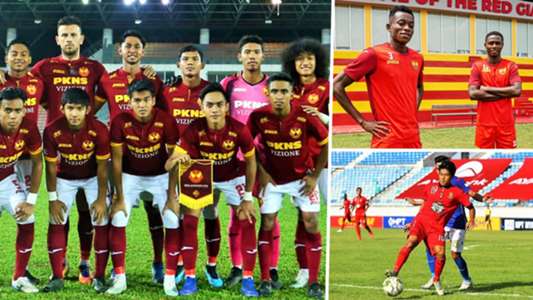