Ankit Mukherjee’s transfer from ATK Mohun Bagan to East Bengal in the January window benefited the Red and Golds immensely as the club were struggling until then to find a proper right-back in their ranks.

In the initial stage of the league, coach Robbie Fowler had experimented with several players in that position on a trial-and-error basis. Until Mukherjee’s arrival, Surchandra Singh mostly played as a right-back or right full-back but the former Mumbai City player’s performance was not up to the mark as he was not a natural defender and was more comfortable playing as a right-winger.

But the Bengali defender’s transfer was not just beneficial to the club but it also helped the player revive his own career. The offer from East Bengal breathed life into the defender’s career who had played just one match in the past one and a half seasons.

“I was very excited when I got the offer from East Bengal because I last played under Steve Coppell at ATK. Last season when the team won the title, I did not get much game time, played just one match. I was waiting for an opportunity. I was hoping to play some matches at ATK Mohun Bagan this season but did not get any chance so when they offer came, only one thing was in mind and that was to deliver,” the 24-year-old footballer told Goal.

Mukherjee, though, did not have any bitter feeling about his former employers as he fondly reminisced the time spent at ATK and then ATK Mohun Bagan and suggested that it was a good learning process for him.

“When I joined ATK FC in 2018 I was overwhelmed. The players whom I have watched growing up were my teammates. I was selected from Mohammedan Sporting by Sanjay Sen. Only after joining ATK, I came to know what top tier football in India was like. The way professional players work, their food habits, discipline were things I learned while being there. Also, I had played under an English coach (Coppell) so I knew what an English coach (Fowler) will want from me. The transition was smooth.”

He also thanked his senior professionals at the club who taught him the tricks of the trade.

“Last season I got to play with players like Pritam Kotal and Prabir Das who play in my position. I learned a lot from my seniors. This year at ATK Mohun Bagan, I trained with Sandesh Jhingan who also taught me a lot. So overall I enjoyed my stay there and learned a lot,” added Mukherjee.

The former Mohammedan Sporting defender suggested that he was very excited to work under Robbie Fowler and his experience so far has been splendid. Despite being a superstar as a player, Mukherjee feels he treats every player with humility.

“I was of course looking forward to playing under him (Robbie Fowler). He is a legend of the game. He is a great player and also a very good human being. Despite being such a big player, he treats us with utmost humility.”

Mukherjee also added, “He is always guiding us and sharing important tips to improve our game. Also, he is very approachable. He always tells us that if we face any problem on and off the field, we can approach him and tell him at any point in time.”

After their clash against Hyderabad on Friday, the Red and Golds next face their arch-rivals ATK Mohun Bagan in the second Kolkata derby of the season on February 19.

Every aspiring footballer and especially Bengali footballers dream of playing the Kolkata derby which is the biggest match in Indian football. Ankit too is excited to make his derby debut but he also mentioned that is not feeling any additional pressure ahead of the big game.

“Yes, I am excited about the Kolkata derby but I am not feeling any pressure. Of course, it is every footballer’s dream to play the derby. It is a special game but we will treat it like any other game and the approach will be the same, to play well and win the game,” said the East Bengal defender.

Arteta: Arsenal have no more room for error

Sun Feb 14 , 2021
The Gunners manager is now facing competitions on two fronts as he looks to secure European football next season Mikel Arteta says that Arsenal have little room for error going forward as the Gunners head into a “crucial” point in their season. The Spanish manager has set his sights on […] 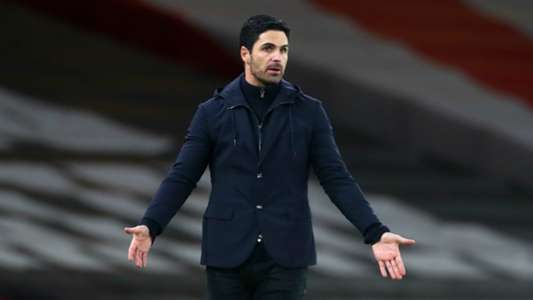