Coach Goran Ivanisevic has come to the defense of his pupil Novak Djokovic as he says the Serb didn’t tell anyone not to play the US Open. Recently, world No. 1 Djokovic spoke against the hygiene restrictions set by the US Open organizers as he viewed them as “extreme” and “almost impossible.”

The United States Tennis Association is putting up a big effort to find ways to safely proceed with the US Open. However, several players see their hygiene restrictions as extreme, while some players would gladly accept to come to play under those circumstances.

But 17-time Grand Slam champion Djokovic wasn’t really a fan when he heard of the health restrictions set by the US Open organizers. “He’s honest. I guess people have something against it right away when you’re honest,” Ivanisevic told reporters at the Adria Tour, as quoted on Essentially Sports.

“As for the US Open, Novak expresses his opinion. He did not tell anyone not to play, if you ask Thiem or Zverev and they have extreme conditions. He always puts those on-duty critics ‘in his pocket.’ “And he is still a good man, he still wants to help everyone, there is time for every child, for every picture, but there are always critics.

He endures it with a smile. He puts the critics in his left or right pocket and that will be it.”

The rules that they told us that we would have to respect to be there, to play at all, they are extreme.

We would not have access to Manhattan, we would have to sleep in hotels at the airport, to be tested twice or three times per week,” Djokovic said. “Also, we could bring one person to the club which is really impossible.

I mean, you need your coach, then a fitness trainer, then a physiotherapist. All their suggestions are really rigorous but I can understand that due to financial reasons, due to already existing contracts, organisers (want the event to be) held.”

The US Open is still scheduled to take place as initially scheduled from August 31 – September 13. Djokovic, 33, has made it all the way at Flushing Meadows three times throughout his career. Novak Djokovic claimed his last title at the US Open in 2018, when he beat Juan Martin del Potro in straight sets in the final.

Jeje Lalpekhlua - 'Indian strikers have to work harder than other players'

Mon Jun 15 , 2020
The Mizoram-born striker is also in favour of the four foreigner rule being implemented in the Indian leagues…. The poor goalscoring record among Indian strikers in the Indian Super League (ISL) and the I-League in the recent seasons has been well documented. Apart from Sunil Chhetri, who scored nine goals, […] 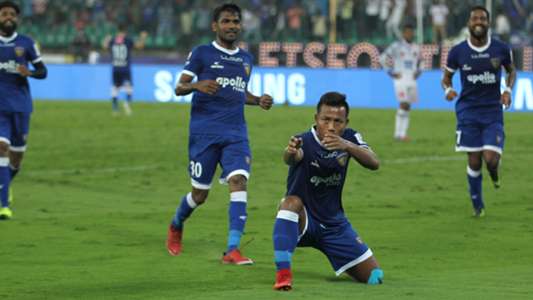