The Nigerian forward has been delivering fine displays since he teamed up with the Craven Cottage outfit in the summer on a season-long loan from German club RB Leipzig.

Lookman was afforded his 13th Premier League appearance for the Cottagers against the Lilywhites and again made a telling impact in the encounter.

The forward was brought on in the second half of the game as a replacement for Kenny Tete and helped his side avoid defeat.

Lookman provided a key assist for Ivan Cavaleiro to cancel out Harry Kane’s first-half opener and ensured his side ended the match with a share of the points.

Fulham boss Parker has expressed his delight with the contribution of the Nigerian star against Jose Mourinho’s men.

“After the Covid-19 problems, he came on and showed his quality. He helped the team with the assist and boosted his chances with us,” Parker told BBC Sports.

“The second half, the way the game was going I felt the second goal was coming. You have someone on the pitch there like Ademola Lookman who carves chances out of nothing.”

Lookman has now made 15 appearances for Fulham since joining the Premier League club, scoring two goals and providing three assists.

Despite the draw against Tottenham, the Craven Cottage outfit remains in the bottom three with 12 points from 16 games.

Lookman will be expected to continue his fine form when Fulham square off against Chelsea in their next Premier League match on Saturday.

The forward played for Charlton Athletic before joining Everton in 2017 and spent two years with the side.

Lookman left the Goodison Park outfit for Bundesliga side RB Leipzig in 2019 after his inability to establish himself at the club.

The winger has featured for England youth teams but has pledged his allegiance to the Nigeria national team.

Having completed his switch to the West African country, he will hope to continue his impressive performances for Fulham for a chance to get a call-up to the Super Eagles.

Thu Jan 14 , 2021
But between Zinedine Zidane and yet more silverware are 2020 Copa del Rey finalists Bilbao – who, in a weird quirk of pandemic-related fate, are yet to even play that match, with their tie against Real Sociedad in April. It’s been a strange 12 months. It’s the second iteration of […] 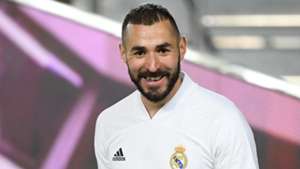