Hazard was diagnosed with a muscle issue earlier this week which looks set to keep him out of action for up to a month, meaning he will miss a crucial run of fixtures for Zinedine Zidane’s side.

The winger has been plagued by injuries since his £80 million ($109m) switch to the Santiago Bernabeu from Chelsea in the summer of 2019, with this latest knock marking the ninth time he has been forced to take in a spell on the sidelines at Madrid.

As a result, the 30-year-old has not lived up to his hefty price tag, scoring just four goals in 35 appearances across all competitions.

Hazard seemed to be on the road to rediscovering his best form after recording a goal and an assist in a 4-1 over Alaves on January 23, but that performance proved to be a false dawn, and it is now being suggested that his prime years are behind him.

Kristof Sas, who works with the ex-Chelsea star at international level, has admitted he is concerned at how fragile he has become during his time in Spain, particularly with the European Championships looming later in the year.

“We are awaiting the details and knowing more, but it is clear that it is worrisome,” Sas told Nieuwsblad.

“The injuries at this stage of the season are not worrisome for the Euros, it is even a rest period. But with Eden it is different.

“It’s another relapse, a chronic situation that always goes wrong in the end. First the ankle, then the muscle injuries. It’s all very unpleasant.”

The Belgian doctor added: “Eden is in a vicious circle and it’s not easy to get out of it. It’s disturbing what happens with his musculature.

“A footballer must be able to kick, turn, jump, all at high speed. And, of course, this is more difficult during rehabilitation.

“He needs pace and continuity. The situation is not dramatic for us yet, but must urgently get out of that dead end.”

Hazard won’t feature in Madrid’s upcoming La Liga matches against Huesca, Getafe and Valencia, but he could be in line to return for a meeting with Real Valladolid on February 20 if his recovery runs smoothly.

Thu Feb 4 , 2021
The midfielder wasn’t completely satisfied with his or the team’s overall performance in a London derby win over Tottenham Mason Mount admitted Chelsea need to be more clinical despite their impressive run of clean sheets under new manager Thomas Tuchel. Chelsea moved up to sixth in the Premier League with a 1-0 away win […] 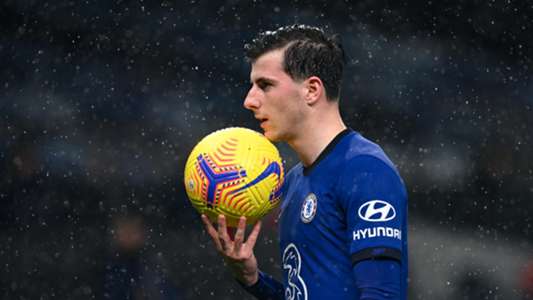