Zinedine Zidane has suggested that Eden Hazard could come back into contention ahead of Real Madrid’s Champions League last-16 encounter with Atalanta, as the Belgian forward is stepping up his recovery from another untimely injury.

The Belgium international, who has suffered a string of fitness setbacks since joining the Blancos in 2019, has been back on the treatment table with a muscle complaint.

He will play no part in a La Liga clash with Valencia on Sunday, but may be ready for a recall before the Blancos return to European action on February 24.

Zidane told reporters when asked for an update on Hazard: “He’s already back on the pitches and doing well.

“We hope he can work with the rest of the team next week.”

When could Hazard be back?

If the 30-year-old makes a return to full training next week, there is then a chance that he could figure against Real Valladolid in another domestic outing for Real.

They are then due to take in the first leg of a meeting with Atalanta, which will take place on Italian soil, on the following Wednesday.

Zidane will be eager to see his squad looking a little healthier than it does at present by the time that fixture rolls around.

The Frenchman has added on injury concerns, with his squad reduced to 12 senior stars at one stage: “It’s not bad luck. We’re worried about this and I’ve spoken about it a lot.

“We don’t like not having our players available. We’re getting Dani Carvajal and Lucas Vazquez back and we want to get the others back soon.”

How many games has Hazard missed for Madrid?

The Belgian’s latest stint on the sidelines has seen him miss seven outings, with an eighth to come on Sunday.

Similar ailments have ruled him out of a further 16 fixtures in the current campaign, while a bout of Covid-19 saw him sit out another.

Such struggles are nothing new for Hazard, with his debut season at Santiago Bernabeu seeing him miss 26 matches with hamstring, foot and ankle problems.

Sat Feb 13 , 2021
Tottenham defender Sergio Reguilon, who has played with both of the fearsome frontman, sees similarities between the prolific pair Harry Kane is similar to Karim Benzema in a lot of ways, says Sergio Reguilon, but Tottenham’s former Real Madrid defender admits that his current team-mate offers “more goals” and all-round […] 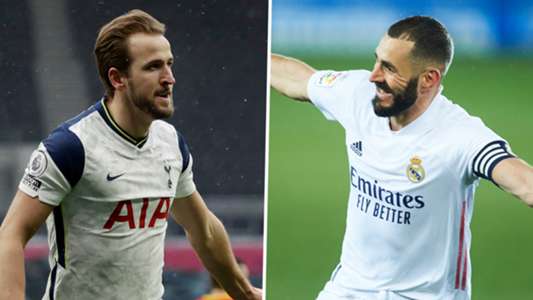