Real Madrid winger Eden Hazard hopes to keep playing football for another six years if his body holds up.

The 30-year-old has been plagued by injuries since he joined the Spanish giants from Chelsea in 2019.

Hazard has been limited to just 35 competitive appearances for Madrid and only 13 this season.

The Belgium international sustained another muscle injury this month and has been ruled out for several weeks, meaning he could miss the Champions League match against Atalanta.

The former Lille star hopes to overcome his fitness troubles and play until around the age of 36.

“I’m just hoping to play football for as long as possible, and I always try to enjoy myself on the pitch,” he told On The Front Foot.

“When it comes to the end of my career I can look back at my achievements, but my priority now is playing well and enjoying my football. I don’t think about where I will be in the next few years, I try to focus on the next match and the next training session.

“I’ve only just turned 30 so as long as my body feels good, hopefully I can keep playing for at least another five or six years.”

“When you’re injured there’s only so much you can do, you can work to get better faster but the injuries I have had to just take time to heal. I just have to wait, work hard to get better and when I’m at home I can enjoy the time with my family.”

His admiration for Madrid coach Zidane

Madrid coach Zinedine Zidane has faced severe criticism due to his side’s inconsistency this season. The capital club sit third in the table and seven points behind Atletico Madrid, who have two games in hand.

But the Frenchman has always been a hero of Hazard, who admits that he was more of an Arsenal admirer than a Chelsea supporter growing up.

“When I was little the team I watched the most was the French national team,” he said.

“For me, the players I looked up to were Zinedine Zidane and Thierry Henry, and it’s difficult for me to admit because of my relationship with Chelsea, but I really liked the Arsenal team at the time.They had players like Robert Pires, [Sylvain] Wiltord and [Patrick] Vieira, so it was mainly French players that I followed growing up.”

Mon Feb 8 , 2021
The Cote d’Ivoire international will play no part when the Eagles take on the Peacocks on Monday evening Wilfried Zaha has been ruled out of Crystal Palace’s Premier League clash with Leeds United on Monday night. The 28-year-old limped off in the 58th minute of the Eagles’ 2-1 triumph at […] 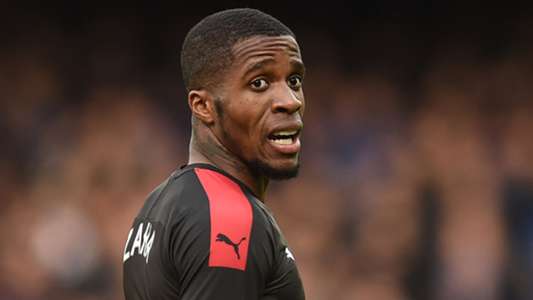