The Belgium international has suffered a torrid time with injuries since moving to Santiago Bernabeu from Chelsea in a €100 million (£88m/$120m) deal in the summer of 2019.

The recently-turned 30-year-old has now picked up a new muscle injury and could be facing up to a month on the sidelines.

The length of absence will depend on the severity of Hazard’s muscle injury and how quickly the problem heals, with it expected he will miss between two to four weeks of football.

In the best-case scenario of Hazard being absent for only a fortnight, then he would sit out the weekend’s trip to Huesca and home games against Getafe and Valencia, before potentially returning for the February 20 fixture against Valladolid.

However, in the worst-case scenario of being ruled out for around a month, Hazard would also be missing for the first leg of the Atalanta tie in Italy on February 24.

In addition, Zinedine Zidane’s side are due to face local rivals, and current leaders of La Liga, Atletico Madrid at the Wanda Metropolitano on March 7.

If Hazard’s injury is as bad as feared, then he will be struggling to return in time for the date with Diego Simeone’s side.

What injuries has Hazard suffered since joining Real Madrid?

This is the ninth time that Hazard has been ruled out of a chunk of Madrid’s games due to injury or fitness issues since his move to the Spanish capital.

He suffered from ankle injuries primarily during his first year with Madrid, which impacted upon his ability to become a central figure in Zidane’s starting line-up.

This season, meanwhile, Hazard’s fitness problems have included a spell out in November due to coronavirus and a thigh injury, which he has only recently fully recovered from.

‘Hazard does not deserve to be a starter’: How the €100m superstar lost his way at Real Madrid (Jan 19)

‘It’s not his fault!’ – Vermaelen defends Hazard amid injury struggles & claims he will get back to his best (Dec 9)

Wed Feb 3 , 2021
The late Mamelodi Sundowns defender died when his international career had just entered full swing South Africa coach Molefi Ntseki says they had “positive” expectations on Motjeka Madisha who lost his life in a car crash in December 2020. Madisha died aged exactly a month away from his 26th birthday […] 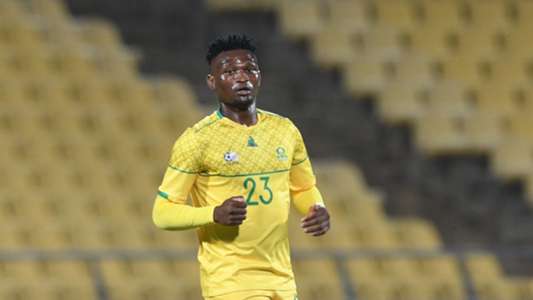