Colin Kaepernick is one of the symbols for racial injustice. His stand to kneel for the national anthem has been a beacon for people in the fight for equality. Kyrie Irving has been adamant in his stance to not go to Orlando to play because of what is currently going on.

He feels that the NBA coming back will take away from what is going on in the world right now. Some feel that we need the NBA to come back as a help to return to normalcy. Atlanta Hawks head coach Llyod Pierce compared the Kyrie Irving situation with the Colin Kaepernick situation.

“It’s the (Colin) Kaepernick situation,” Pierce said, via David Aldridge of The Athletic. “Players that want to draw attention and keep attention on the real issues at hand. I said, I’m not too concerned on the act. If they want to kneel; if they want to throw a fist up in the air; if they want to link arms; if they want to wear a t-shirt, I’m not going to sit here and keep focusing on the act. And that becomes, that’s the title, that’s the headline, that’s everything everyone wants. And now we’ve ignored the real point, which is the issue at hand that Kaepernick talked about – discrimination, and race issues, and police brutality. Let’s keep talking about that, and I will support anyone that’s willing to talk about it.

“So, with Kyrie’s situation, you have to. And we understand. When you have a mic put in front of you, and someone takes your message the wrong way, well, now, that’s the topic. That’s the conversation. You want to be educated in terms of what you can do, how you say it, knowing you’re going to be critiqued. But that shouldn’t hold you back from saying what you need to say and being who you need to be.”

The two situations are different yes but they have some similarities. While the NBA will still continue the season it is important to understand Irving’s stance and the seriousness of what is going on.

Thu Jun 18 , 2020
The Senegal international delivered a brilliant performance for the Bahcesehir Okulları Stadium outfit, helping them to clinch a comfortable win Papiss Cisse scored three goals to inspire Alanyaspor to a 4-0 victory over Antalyaspor in Thursday’s Turkish Cup game.    Football activities recently restarted in Turkey, including the Super Lig […] 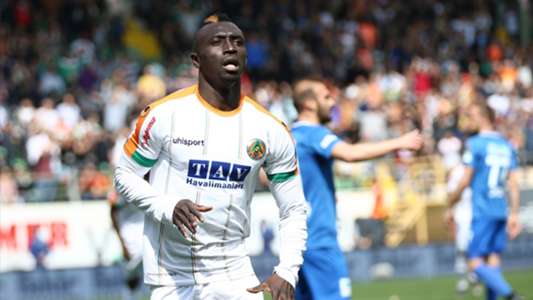