Thomas Tuchel suspects both Kai Havertz and Kurt Zouma will miss Chelsea’s trip to Tottenham after picking up injuries in the final training session ahead of the match.

The pair will go for scans today to see the severity of their issues after coming off the training field, but all the Blues’ other players are available for selection.

Without confirming their status, Tuchel cast doubt on their availability ahead of the London derby match on Thursday at the Tottenham Hotspur Stadium.

“We had two little issues today on the training pitch. It was Kurt Zouma and Kai Havertz who went off the pitch with little issues, so they are checking and doing images [scans] right now,” Tuchel said from Cobham Training Centre. “It is questionable if they are in the squad for tomorrow. Everyone else is available.”

Meanwhile, Jose Mourinho has his own issues at Tottenham ahead of the match which sees his sixth-placed team face the Premier League’s seventh-placed side.

Mourinho confirmed the absences of Harry Kane and Giovani Lo Celso ahead of kick-off, and Tuchel believes that Spurs will miss their star striker.

“I would say it is always easier if Harry Kane is not playing, that’s a given and absolutely for sure, it is no secret,” Tuchel added. “Harry Kane is one of the best No 9s in the world. When he is in shape, he is a role model in the No 9 position that every player and coach hopes for.

“That’s in terms of work rate, ambition, mentality, attitude and goal scoring ability. He is simply outstanding. We assume he won’t play but we will prepare for all cases in case he makes it on the pitch. We will be prepared for that.”

The match sees Mourinho face off against Chelsea, with who he won three Premier League titles and a host of cups over two glorious spells in the west Londoner’s history.

However, it is the first meeting between him and Tuchel, having been kept apart in European draws. Tuchel has analysed Mourinho’s teams ahead of kick-off and believes that a winning mentality is key to what the former Blues manager brings.

“I’m not so sure, first of all I strongly believe that it’s Tottenham against Chelsea and not me against Jose,” he said.

“Was he a role model? Honestly, when I started my career, he was so far away like the moon from the earth, so he could not be a role model at all.

“I was happy at the academy [at the time of Mourinho’s early career], then I was promoted to first league football and from there I just enjoyed and focused on every day.

“He’s one of the best managers in the world; he has now created a squad at Tottenham that’s very strong, and very competitive, and that would be the challenge.

“Is it a clash of cultures? I don’t know. Jose is a winner and I want to implement the same in my teams. We are at the highest level to win games and we’ll try tomorrow to beat them in their stadium.”

Wed Feb 3 , 2021
The 26-year-old winger has set his sights on helping the Red Devils emerge as champions at the tournament holding in Qatar Mahmoud Hamid Soliman ‘Kahraba’ has expressed his desire to win the 2021 Fifa Club World Cup with Al Ahly. Having emerged as winners of the 2019-20 Caf Champions League, […] 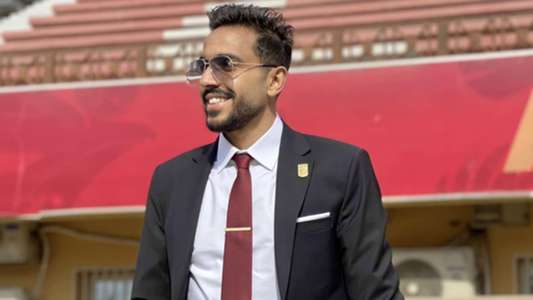