Fulham and West Bromwich Albion have been given a glimmer of hope in the fight to avoid Premier League relegation.

Scott Parker’s side, regularly praised for their performances, have had issues turning draws into victories while Sam Allardyce’s troops looked dead and buried due to their feeble defensive record — 55 goals conceded is by far the worst in the top flight — and ineffective frontline.

The Cottagers’ improvement from open, easy-to-play-through opponents to being solid and gutsy in the last few months has seen them win admirers. However, there was a feeling they lacked someone to put chances away.

The raw and underlying statistics back this up, too.

According to Understat, Parker’s team have netted only 20 times in 24 games, despite expected goals of 27.2. Their underperformance is worse than all but two teams in the division (Brighton & Hove Albion & Sheffield United), suggesting chances have been created but haven’t been converted.

With Aleksandar Mitrovic mostly on the periphery this term, the 40-year-old manager has had to rely on Bobby Decordova-Reid (five goals), Ivan Cavaleiro (three) and Ademola Lookman (three) who aren’t natural goal scorers.

Hence, the reason Josh Maja’s deadline day loan move from Bordeaux came as a relief and why there’s been renewed positivity since his brace in that 2-0 win over Everton at Goodison Park on Sunday.

The nature of the Nigerian’s goals would’ve pleased Parker and Fulham supporters too: he smartly lost Mason Holgate with his movement for a simple tap-in from Ola Aina’s pass for the opener, while the second came about having stayed alive to tap home after Harrison Reed’s initial effort came back off the post.

While he generally fed on scraps on Wednesday night as the West Londoners mostly struggled with Burnley’s intensity, there were signs of the striker’s instincts in the box, especially in the second half when the visitors eventually seized control.

The 22-year-old’s biggest sniff at goal only came with four minutes of stoppage time to play, where he intelligently halted his run at the right moment and lost his marker but couldn’t connect to Ruben Loftus-Cheek’s pick-out. An unexpectant Lookman couldn’t capitalise on the loose ball.

Despite the Cottagers’ issues their build-up and final-third efficiency in the 1-1 draw with the Clarets, they’ve fared well in the main throughout the season for ball progression and chance creation. Parker’s side sits eighth for key passes per 90 and a respectable 11th for shot-creating actions per 90.

Furthermore, the fact they rank 10th and ninth for progressive passes per 90 and passes into the penalty area per 90 respectively suggest they haven’t done badly on their return to the league.

For context, the Craven Cottage outfit rank higher than second-placed Leicester City, Tottenham Hotspur and Arsenal for chances created per 90 and are above the Foxes, Spurs and Everton for completed passes into the 18-yard box.

While they may not create as many big chances as the aforementioned teams, the West London club have still fashioned out 39 clear-cut opportunities — ranked 13th in the PL — just below the Toffees (40) and Mikel Arteta’s team (41).

There’s reason to believe Maja will have a say in Fulham’s survival hopes and Parker will hope the frontman scores vital opportunities his side will inevitably create in the forthcoming months.

For Allardyce’s West Bromwich, while the handwriting seemed to be on the wall due to a leaky rearguard and poor frontline, Mbaye Diagne’s traits potentially solve one issue to conceivably give the Baggies a fighting chance.

The forward’s hustling nature, by and large, suits an Albion side that may not offer him chances on a platter.

Diagne’s battling qualities were evident in their 1-1 draw with Manchester United on Sunday where the Senegal frontman didn’t give Victor Lindelof and Harry Maguire breathing room for 90 minutes.

He somehow managed to outmuscle the Swede to put away Conor Gallagher’s cross for the hosts’ second-minute strike but strangely spurned two absolute sitters in the final 15 minutes to possibly win the game for West Bromwich. The 78th-minute miss typified Galatasaray loanee: he chased down a lost cause, jostled with and stole the ball away from the Man United captain but was thwarted by David De Gea.

Against Spurs the previous week, the 29-year-old forced a save from Hugo Lloris and had two goals correctly ruled out for offside in the second half as the North London side won 2-0.

The Albion may not create enough shooting opportunities or promising openings — they rank bottom in nearly every attacking metric including shot-creating actions, key passes per 90 and big chances created — but Diagne’s impact so far suggests he may not necessarily rely on quality service to thrive.

Allardyce seemingly has his work cut out for him, though, as the experienced manager not only has to deal with issues in front of goal but could have any sort of improvement in that area thwarted by their soft underbelly, evidenced by having 55 in the goals conceded column.

Fulham, on the other hand, have allowed 32 goals (from 33.1 expected goals against), which betters all but two sides in the bottom half, level with defending champions Liverpool and one lower than the Red Devils (31).

Aside from their superior cohesive structure and healthier defence, the 18th-placed Cottagers look the likelier to escape danger, with the London side six points adrift of safety while the West Midlands club sits 12 points behind Newcastle United in 17th.

They’re running out of games with 14 to play and a lot of ground to make up.

The Cottagers and the Baggies may eventually fail to beat the dreaded drop but there’s a sense Maja and Diagne’s short-term spells could make for a fascinating relegation battle in the closing weeks of a strange season.

Thu Feb 18 , 2021
Benfica boss Jorge Jesus makes three changes to the side that started in their disappointing 1-1 draw with Moreirense last time out. Everton, Rafa and Seferovic all drop to the bench, with Verissimo, Pizzi and Waldschmidt taking their places in what appears to be a shift to a back three. […] 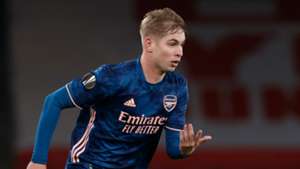