The former Gor Mahia defender has left the league side he joined in 2019 after five stellar seasons with the Kenyan giants.

“The aforementioned player [Harun Shakava] has been released by Nkana Football Club unconditionally and declares Harun Shakava as a free agent,” Nkana confirmed in a statement obtained by Goal.

“We wish to confirm Nkana Football Club have no outstanding contract engagement with the player and he is free to look for a club of his choice.”

Although his time at Kalampa was not as illustrious as his days at Gor Mahia, the towering defender is set to attract suitors, especially from the local leagues. In fact, before the 2020/21 season began, the former Kakamega Homeboyz man was heavily linked with a move to AFC Leopards.

He leaves the Red Devils lying in position 14 with 14 points after 12 games. The struggle and fans’ unrest at the beginning of the season saw the club part ways with head coach Beston Chambeshi in December 2020.

Shakava is the latest Kenyan player to leave the Red Devils after the departure of Musa Mohamed – whom he played with together at Gor Mahia. The other player is Duncan Otieno.

Mohamed joined Lusaka Dynamos after his contract with Nkana ended while Otieno had joined AFC Leopards before he returned to Zambia.

With the departure of the trio, there is only one Kenyan player remaining at the Kitwe club; attacking midfielder Duke Abuya who signed for the side from Kariobangi Sharks in January 2020.

Zambia has seen an influx of Kenyan players in the past six seasons. David Odhiambo was the first high-profile star to join the league in the Cosafa nation in 2014. He stayed at Zesco United until 2021 when he was released after a stellar five-year stint and has so far been unveiled at Napsa Stars.

At Napsa, the centre-back is with Shaban Odhoji and Timothy Otieno although rumours have indicated the former Tusker forward is on his way out after signing for them in September 2020.

At Zesco United, goalkeeper Ian Otieno, strikers Jesse Were and John Makwatta are the Harambee Stars at the club.

Ozil: Okocha was the Fenerbahce star I liked the most

Wed Jan 27 , 2021
The former Arsenal playmaker confessed his love for the Nigeria legend during his playing stint in the Turkish top-flight back in the late 90s Mesut Ozil has named Nigeria legend Jay-Jay Okocha as the player he liked the most at Fenerbahce, before he joined the Turkish Super Lig club on […] 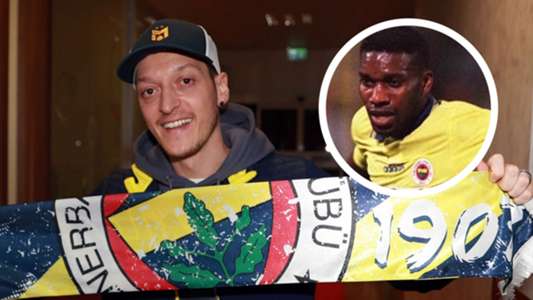