The Slum Boys have revealed the development on their social media pages by stating: “Harun [Junior] is set to undergo surgery on a torn ACL on Tuesday, the defender has been out for a year since suffering the injury in a league game against Sofapaka in February of 2020.

“An MRI conducted at the time revealed the extent of the damage but restrictions brought about by the Covid-19 outbreak in the country delayed his treatment. He was however able to be taken through physical therapy rehabilitation that helped a good deal in strengthening the muscles around the knee.

“A second MRI was performed earlier in the month setting up tomorrow’s [Tuesday’s] appointment.”

The club’s team doctor Wycliffe Omom also explained what the player will go through by stating: “The procedure Harun will undergo is a reconstruction whereby the damaged ligament will be replaced by a piece of a tendon that will be extracted from another part of the knee.”

“As extreme as that sounds, it is not going to be a lengthy procedure, and the surgeon who will conduct it was very impressed with how stable the muscles around Harun’s knee are, as it will make the work easier for him as well as expedite the healing process.”

Former Harambee Stars defender David ‘Cheche’ Ochieng and Clifford Alwanga are the other players currently out with injury. Ochieng suffered a knock to the ribs in our home game against Western Stima while Alwanga sprained his knee in training.

Mathare United, who were reinstated to the league by FKF after they moved to endorse the broadcast deal between the federation and FKF, are currently sitting in position 16 of the 18-team table with eight points from eight matches.

The team’s last match saw them snatch a 1-0 win against Nzoia Sugar courtesy of James Kinyanjui and they will now face promoted side Bidco United on February 19.

‘Lampard in or out, I would have stayed anyway’ – Rudiger never considered Chelsea exit

Mon Feb 15 , 2021
The Germany international defender endured a testing start to the 2020-21 campaign, but has worked his way back into favour under Thomas Tuchel Antonio Rudiger claims leaving Chelsea has never been on the agenda, with the Blues defender saying: “Frank Lampard in or out, I would have stayed anyway”. Transfer […] 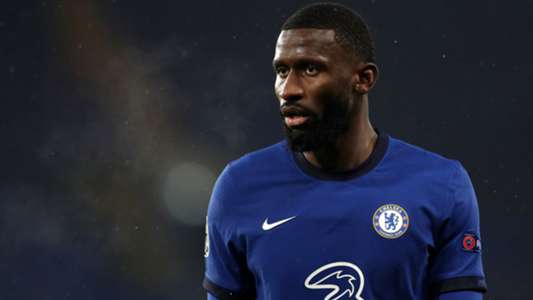